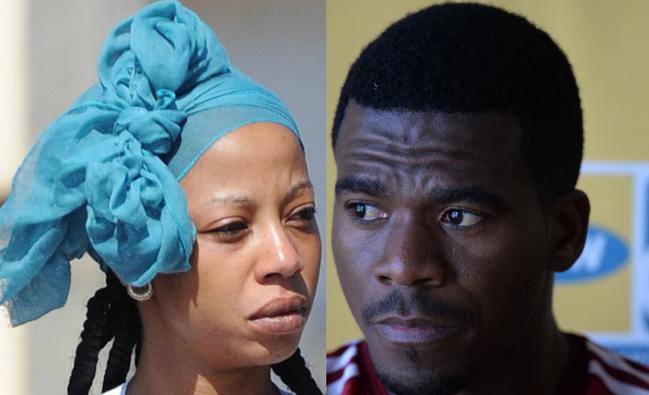 The late Bafana Bafana captain, Senzo Meyiwa, died more than seven years ago, but his murder investigation is yet to be completed. Now, the case takes an interesting twist in emerging reports.

A local publication reports, the family’s lawyer, Advocate Malesela Teffo applied to the National Director of Public Prosecutions, requesting that the ongoing prosecutions for the case be stopped. This is because he is convinced that the five people facing charges are not the real suspects.

The report also states that the gun that discharged the bullet that killed him was in the possession of someone in the house. The footballer was killed at the home of his then girlfriend, singer Kelly Khumalo, and it is alleged that there were seven witnesses in the house when it happened, so the weapon was brought by one of them.

In an interview with SABC News, Advocate Teffo shared that he was being pressured to stop representing the family. He was hired by Senzo’s brother Sfiso Meyiwa around October 2020, at which point he started to assist as much as he could.

However, he was met with a lot of hostility from the Minister of Police Bheki Cele and the National Commissioner Khehla Sithole. They wanted him to terminate his mandate, and it got so nasty that he was arrested by the police for frivolous reasons.

Fans now think that there are sinister forces trying to prevent the advocate from uncovering the truth about who killed the football star. They believe that his life may be endangered by the fact that he went public with his revelations, and are asking that he be protected at all costs.

It remains a wonder who would want so badly for the case to disappear, enough to try to stop the advocates efforts. At this point, all that fans have is some speculation, as they can almost bet that the instructions to frustrate Advocate Teffo and get him to drop the case, must be coming from higher up the chain.

This comes shortly after the deceased’s brother Sfiso spoke up saying that they – the family – know who killed his brother and so do the police. He said that he did not understand why the police refused to arrest the suspect, even though they have the information.

Fans of the late star have put two and two together, saying it now makes sense why the case has taken so long to be resolved. Seven years down the line, and it looks like someone is being protected by the police service.