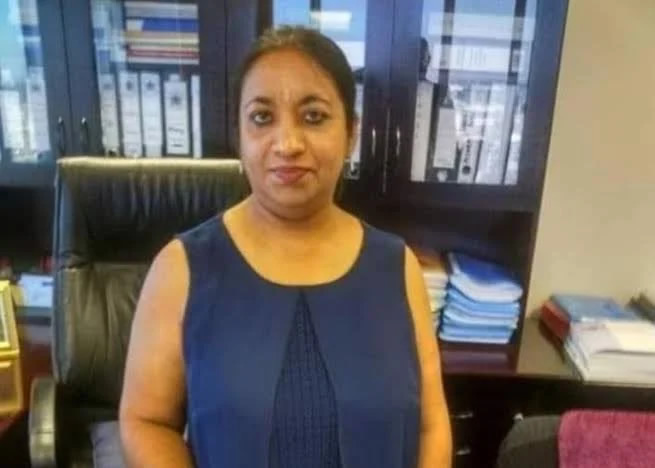 Slain Gauteng department of health chief financial officer Babita Deokaran had insulated her family from the turmoil and dangers she faced at work, with her brother saying they only learnt of her hardships this week.

Deokaran died in a hail of bullets outside her home in the south of Johannesburg shortly after dropping her teenage daughter at school on Monday morning. Seven suspects were arrested in connection with her death, which has been described as a well-planned professional hit orchestrated high up in the echelons of government.

The special investigating unit (SIU) confirmed this week that Deokaran was a witness in the PPE scandal case.

Deokaran’s brother, Rakesh, told Sunday World that his sister did not share information about her working conditions, saying “she kept it to herself”.

He said they were devastated by her death, which had the hallmarks of a hit.

“I want proper justice for her. She was a humble, upright person. She shouldn’t have been killed like this for standing up [against corruption].”

Despite her family being kept in the dark, her colleagues in the corruption-plagued health department told a different tale, saying her life was under constant danger as she was not just a whistleblower on matters related to the SIU’S R350-million probe into the personal protective equipment (PPE) scandal, but was also seen as a stumbling block in making wrongful payments to unscrupulous suppliers who did not comply with government’s procurement processes.

A former colleague said she had been receiving death threats before the onset of Covid-19 in March last year.

“Talk to people in the Gauteng department of finance, they will tell you that she was receiving death threats way before Covid-19. She was instructed not to pay suppliers [whose submissions were not in order],” the colleague said.

“It was not only her, all people in the supply chain.”

Another insider said officials in the procurement departments of health and education – which have the province’s biggest budgets – always faced death threats. “There are people whose livelihood is dependent on the department. The procurement of health is gold,” the senior official said.

The alleged hitmen are said to hail from Kwazulu-natal. A police source who deals with high-profile cases told Sunday World that the suspects who were arrested at the house in Rosettenville were tracked down through sophisticated cellphone triangulation, which is similar to GPS tracking.

A combined heavily armed team of about 20 members of the SAPS Tactical Response Team, National Intervention Unit, Johannesburg East Crime Intelligence, SAPS Johannesburg K9 Unit, SAPS Gauteng Serious and Violent Crimes Unit, Special Task Force alongside private security companies such as Fidelity Specialised Services and the Community Active Protection surrounded the area and arrested seven suspects. The police mole added that the suspects were arrested in the early hours of the morning at about 3am while they were sleeping in the house in Rosettenvile.

“They was no shootout as the suspects were outnumbered and they could not even try to run. The area was surrounded by heavily armed law enforcement officers. The officers made sure that they would be no casualties when the arrest was effected,” said the police source.

June 2020. “Her contacting me was when the foundation and the Council of Churches were starting to make a noise around the PPE scandals. She took courage from the fact that there were people from outside of government who were saying what she was feeling,” Bolton said.

“She never shared any threats with me she might have been experiencing. But from the little I know of her character, I can understand that if she was not paying suppliers, there was something wrong with the way those suppliers were selected or with the paperwork itself,” he added.

Auditor-general Tsakani Maluleke in June flagged irregularities in the Gauteng provincial government’s spending on Covid-19 activities. Special reports from Malulekes’s office tabled in the Gauteng legislature made a host of findings. These included 22 instances where PPE contracts were awarded to suppliers with no previous history of supplying PPE, the total value of more than R440-million.

Another startling finding was that 23 unlisted suppliers were used to procure PPE amounting to R862.5-million.

The killing of whistleblowers has become the norm in South Africa with little consequences for the murderers and their handlers. The killers of former ANC North West municipal councillor Moss Phakoe, erstwhile City of Mbombela speaker Jimmy Mohlala and former ANC Youth League secretary-general Sindiso Magaqa, who were known for standing up against corruption, have never been apprehended.

Commissioner Michael Seloane, on behalf of the Public Service Commission, said: “The attack on her is part of an orchestrated campaign by forces of darkness in South Africa who are doing what they can to ensure that the public service is inefficient and ineffective.”

Respected academic and Kwazulu-natal-based violence monitor Prof Mary de Haas, pointed to a lack of police intelligence on the ground and a witness protection programme in tatters.

“The witness protection programme is in shambles. This also points to a lack of capacity in the intelligence services because KZN is known to be a breeding ground for hired assassins. These are often desperate young men recruited from KZN rural villages.”