Shauwn Mkhize Is Happy For Lasizwe And His New Bae

Shauwn Mkhize Is Happy For Lasizwe And His New Bae 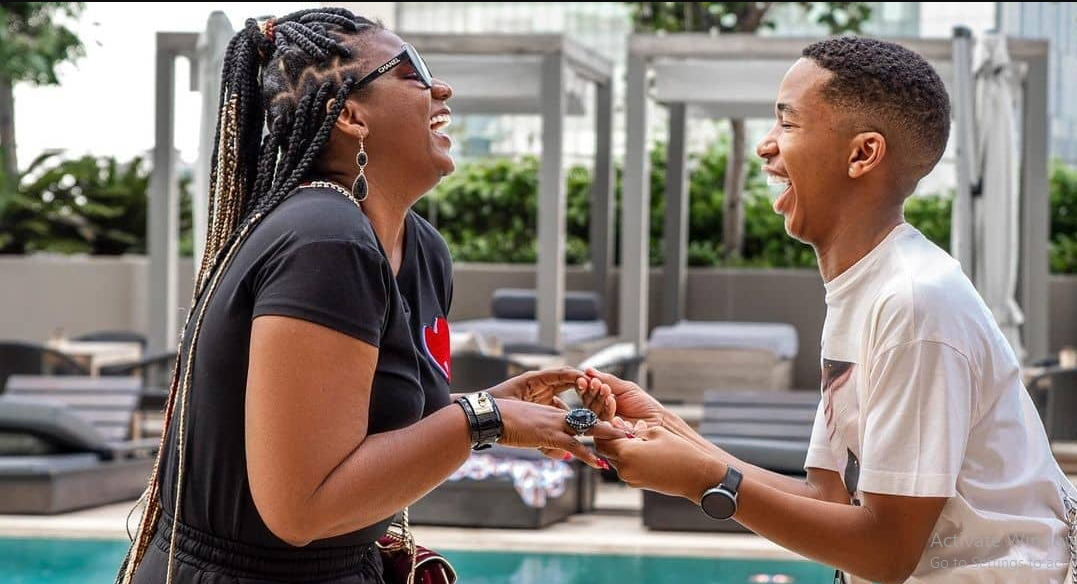 Shauwn Mkhize has taken to social media to boast about Lasizwe Dambuza’s sudden glow! The YouTuber and comedian has found himself a new bae and thanks to cupid’s arrow, he is glowing! He bumped into businesswoman Shawun Mkhizwe who let us know that baby boy is blessed to find love which, according to her, is a rare find.

“Guess who I bumped into. He is so in love. Everything that comes out of his mouth is love. Can you see it in these photos? Oooh, I’m happy for you, enjoy it. It’s hard to find love these days,” wrote Shauwn on IG. She posted a series of picture with the comedian and influencer looking all sorts of happy.

Lasizwe might be completely besotted but he is daunted by the fact that his relationship might turn into a long distance relationship. Taking to Twitter to rant about how much he is going to miss his lover, he revealed that he has returned to the Mother City.

This is heartbreaking for Lasizwe because he is based in Johannesburg and cannot just pack his bags and leave because his life is in JHB. “I think my problem in this situation that is making me even more sad is that I didn’t plan for him to leave so soon and carry on with his life in CPT. I was so stuck in this fairytale that we were going to be glue an paper and he would move in with me and start a new life,” Tweeted Lasizwe.

Lasizwe is smitten by his bae because he was the first man to love him openly, “It’s only hitting me now. He is gone. This is the first guy who was not ashamed to love me publicly, and now he is gone.”

Whatever heartache he might be feeling, Lasizwe always finds it in his heart to gush over his new bae, “Honestly, I have the best boyfriend ever! I’ve been so emotional and sick these past few days and you can see shem he is really trying his best to hold my hand thru it all. I am so blessed to have him.”

Lasiwe admitted that he has been a side bae for a long time before meeting someone who loved him openly. For a long time he had been linked to actor Cedric Fourie after they were spotted together n numerous occasions. Cedric denied being gay however labelled himself as an ally to the gay community.

He was also linked to Wiseman Zitha however they played along and convinced people that they were indeed a couple.