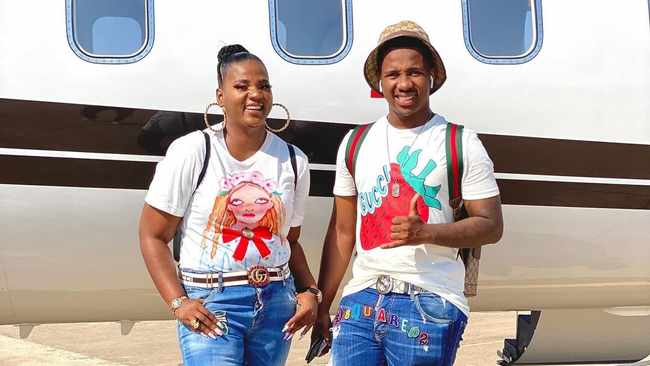 Shauwn Mkhize wasn’t impressed with the comments made about her son Andile Mpisane recently.

Mpisane became the hot talking point on social media after he awarded himself the number 10 jersey of the Royal AM FC – the soccer team owned by his mother, of which he is chairperson.

Last year, the 19-year-old also kick-started his music career as a gqom artist with “Umcimbi”, featuring Madanon and Distruction Boyz, and bagged an international award nomination for his music.

Over the weekend, he made his debut on the soccer field, which had tweeps in stitches, many making fun of his venture into being a footballer.

Andile Mpisane wears Jersey number 10 in his MOTHER'S TEAM. Never give up on your dreams, keep working hard so you can do this for your kids too🤷🏾 pic.twitter.com/W8vuLBJ0fP

Taking to Instagram, “Kwa MamKhize” star shared her thoughts about the people commenting about her family, likely alluding to the jokes and memes made about her son over the weekend.

Andile Mpisane during half time pic.twitter.com/i5db0XedvC