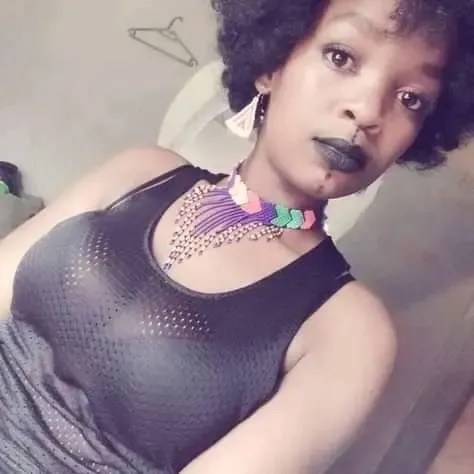 The 23-year-old said although she didn’t spend much time with her late father, she misses him so she decided to write the song.

“I loved my father, that is why his death still haunts me. I miss him although we were not that close but he was my father anyway. I composed the song Hamba Kahle because I wanted to do something that comforts me and reminds me of him in a good way,” said Nqobile.

She said she realised she had a singing talent when she was still in primary school.

“Most people both in school and outside would force me to sing for them. Some would even give me money to sing. That’s when I realised my talent,” said Nqobile.

However, she said she didn’t ask her father to help her when he was still alive.

“I didn’t want to be taken as someone who wanted to use my father’s fame as a climbing ladder. I wanted to do this on my own. And I still don’t want to be known as Sfiso’s daughter, the singer. I just want to build my brand with my hard work, my own sweat and blood. But I believe I inherited the singing gift from my father,” said Nqobile.

Her mother Neli Mzelemu had her before Sifiso married Ayanda Ncwane.

In previous years, Sfiso made headlines when he demanded a DNA test on Nqobile, the results of which proved he was her father.

That was after reports he was not performing his fatherly duties to her.

Nqobile said the single, that she released under Fabulous Music Productions, is available on digital music platforms.

“I am still going to release more music and I trust that God will hold my hand throughout my musical journey,” said Nqobile.