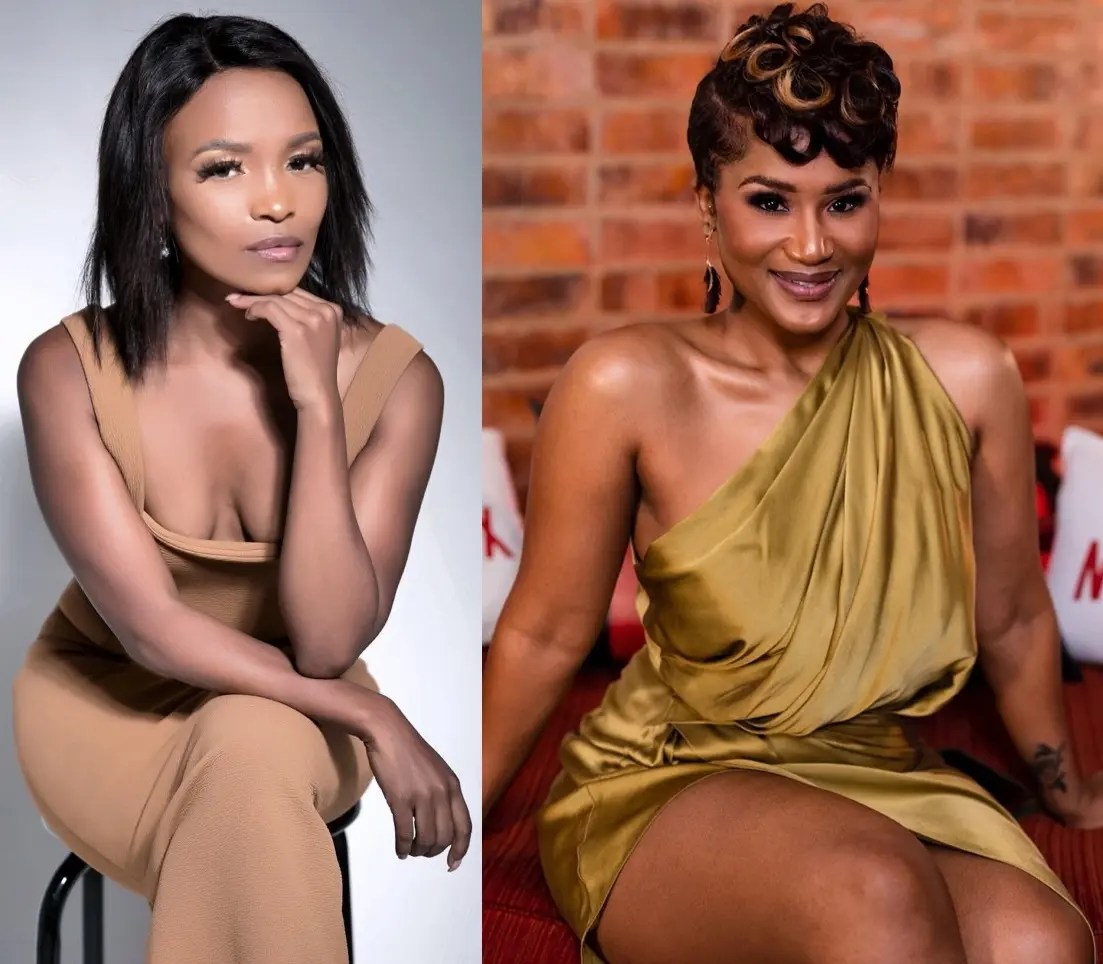 2 popular television actresses Thandy Matlaila and Keke Mphuthi were involved in a messy catfight in front of puzzled schoolchildren in Qwaqwa, Free State, a fortnight ago.

The two, who were best buddies, are no longer on speaking terms as a result of the catfight.

Two sources, who did not want to be named for fear of victimization, said Mphuthi and Matlaila, who played Lindiwe Ngema on the SABC1 drama series Tshisa, travelled to QwaQwa together with fellow actress Florence Mokgatsi on a Waka campaign to talk schoolchildren about the importance of education and to unearth acting talent, among others, in various schools.

The mole said when the troupers arrived at a school primary school in Qwaqwa, they asked Mphuthi, who played Mrs Mnisi in the SABC1 series Skeem Saam, to give a motivational talk and explain the purpose of the campaign.
The tipster said as Mphuthi spoke, they all kept quiet and allowed her to finish her speech.
“The agreement was that no one should talk or take selfies with the kids during speeches because we wanted the children and the teachers to concentrate,” said the deep throat.

The source said when Mphuthi was done talking she handed over the microphone to Matlaila to address the children on the balcony of the school building.

As Matlaila, who played Happiness on e.tv telenovela Gold Diggers, was addressing learners, Mphuthi started signing autographs and taking selfies and videos with the children.

This led to the schoolchildren losing focus and not paying attention to what Matlaila was saying in her speech.

“Thandy was irritated by Keke’s conduct and asked her to stop what she was doing as the children would not concentrate on what she was saying,” said the source.

A video clip in which Matlaila is heard calling Mphuthi out is trending on the internet.

“Me, my job today is to come and scout for talent – a talent that we are willing to use for the opening ceremony in November for the Waka Waka project. Keke, focus, focus, children are willing to listen, but when you are busy with your phone, they are not going to listen,” she said.

Another source said that after the incident, Mphuthi and Matlaila fought again after another argument erupted after Matlaila fulminated Mphuthi over her conduct. The fracas led to Mphuthi, who was also vehemently reprimanded by Mokgatsi, cutting short her trip and hiking back to Joburg.

The source said Mphuthi phoned Matlaila when she was on her way back to Joburg and hauled her over the coals for talking back at her.

” I’m not ready to talk about it now coz I don’t want to throw anyone under the bus,” she said

Mphuthi denied that she was involved in a catfight with Matlaila. She also feigned surprise about the existence of the video clip.