Senzo Meyiwa loved tlof tlof too much: His brother Sifiso Meyiwa speaks out

Senzo Meyiwa loved tlof tlof too much: His brother Sifiso Meyiwa speaks out 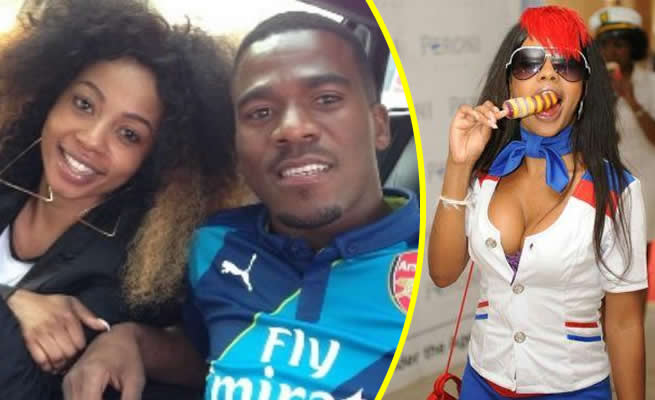 The family of Senzo Meyiwa is not shocked nor surprised by the allegations levelled against the former Bafana Bafana and Orlando Pirates goalkeeper and captain.

Sifiso Meyiwa, spokesperson for the family, said: “We are not surprised by Tumelo Madlala’s revelation because it’s the truth, Senzo loved women.

“The allegation by [defence lawyer Tshepo] Thobane that Senzo had a sexual relationship with both Zandi [Khumalo-Gumede] and Kelly [Khumalo] is very much possible. Unfortunately, through his involvement with the Khumalo sisters he met his demise.”

Sifiso explained further: “Tumelo’s evidence is totally different from what he told us as the family. We know [that] he lied and gave a different version in court, there’s too many contradictions in his second version, unlike the first version.

“This is the worst betrayal from someone who claimed to be Senzo’s friend. But we’re also not surprised because he [has] distanced himself from us.

“Despite all of this, we will not lose the hope. We are also not expecting those who were inside the house to tell the truth, but the neighbours. I still emphasise that the five men in the dock are not the culprits.”

S3xual accusations flew on Wednesday last week during Thobane’s cross-examination of Madlala at the high court in Pretoria. Thobane alleged that Senzo had a sexual relationship with Zandi, to the shock of the nation.

“That witness will come and tell the court that Kelly instructed Zandi to guard Senzo while she was busy with her music career,” Thobani said to Madlala.

Madlala responded: “I would never deny or admit that because Senzo loved women.”

Sifiso also commented about Malesela Teffo being struck off the lawyers’ roll.

“This case is on this level because of Malesela Teffo. He revealed the second docket and raised all the important points. This made the real culprits uncomfortable, hence his removal [from the case],” said Sifiso.

“Therefore, I believe he’s being punished for taking Senzo’s [murder] case. It’s an indirect message to other legal practitioners to stay away from this [high-profile] case.”

He said he spoke to Teffo after he was struck off the roll.

“He was not entirely fine, I could feel it in his voice that he is broken. He told me [that] he was expecting it. I am also not entirely surprised because there’s been attempts to frustrate and block him from doing this case, unfortunately they won.”