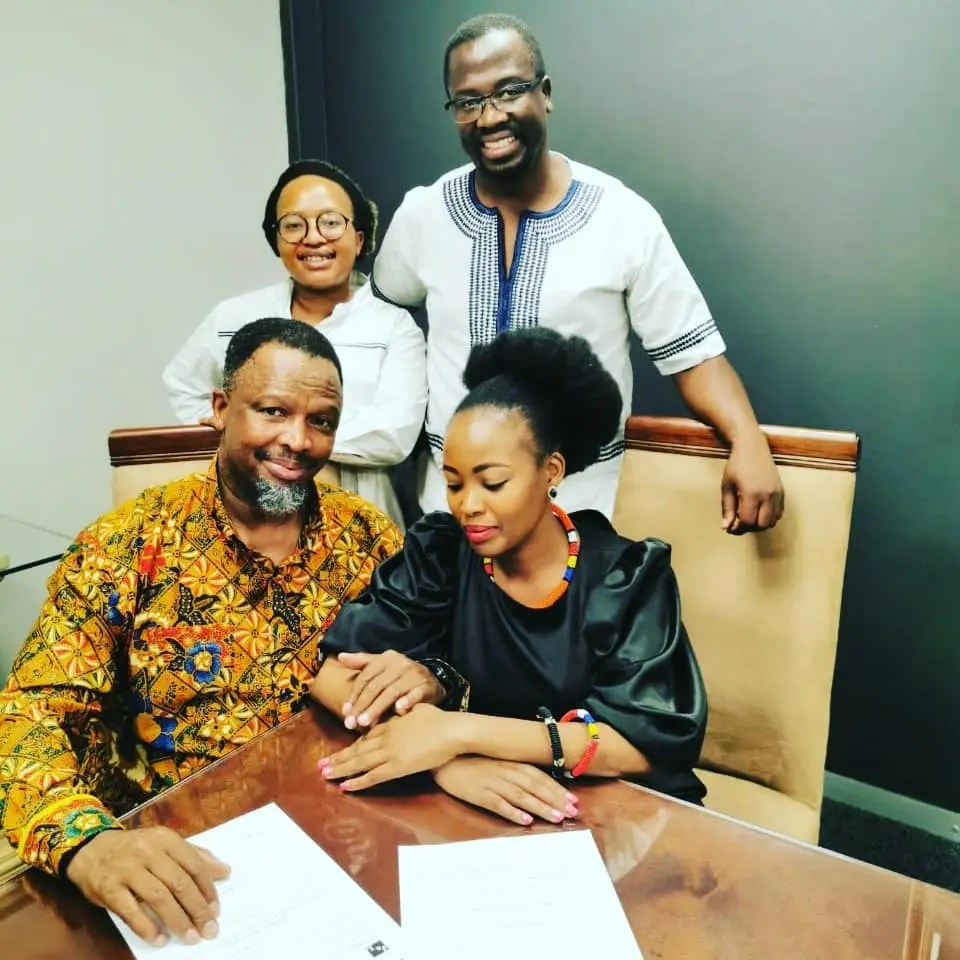 Actor and Motivational Speaker Sello Maake KaNcube and his wife Pearl Mpho Mbewe are officially off the market.

The pair sealed the deal in Ethiopia this week. Pearl took to her Instagram to share the exciting news.

The actor hinted a day before the big day that he and his wife are leaving the country to make things official. However, fans thought that the couple was officially relocating to another country.

Taking to his social media platforms, the actor posted 2 passports with a caption that reads: “Goodbye South Africa! Small short left… ❤️🎉♥️ @pearlmphombewe 🎊🎉🎊🎉 we seal deals together but this time we sealed ourselves to one another! May God bless this union! This love feels so right and we doing this against all ODDS!

Fans and other celebrities have since taken to the comments section to congratulate the couple.