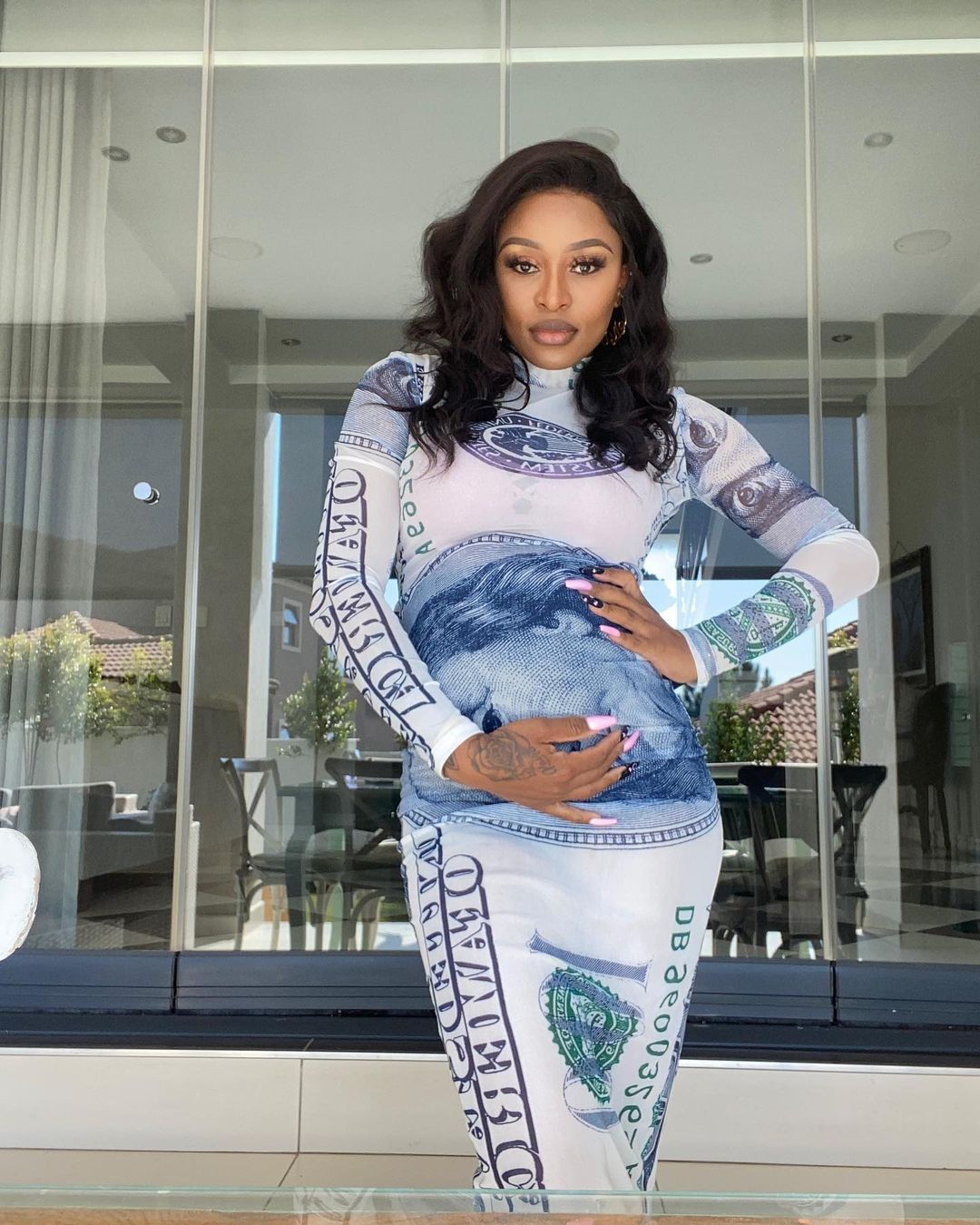 DJ Zinhle has dropped a bomb on her fans when she not only confirmed her highly speculated pregnancy but also announced that fans would get to experience it all with her on her reality show, ‘DJ Zinhle: The Unexpected.’

The doting mother of 1, soon to be two, is not inviting any negative energy into her space as she is all about positivity. This is after a video of a man who went on YouTube Live and criticised her for having her second baby with a different man, whilst she is not married to that man.

The same man, whose channels is called Solomons Temple, which is the same man who interviewed Bishop Makamu’s alleged victim after the sex scandal broke, criticised Zinhle for setting a bad example to other young girls. This after the concerning surge of teenage pregnancies were reported in the country. But where is the correlation between the two?

“Artists use some part of their lives to promote things, you know a lot of people were congratulating her, and were celebrating her, but I took a step back and I told myself nah I’m not gonna congratulate her, but I will celebrate the baby when it comes,” he said.

“First baby with AKA unmarried, second baby (unmarried),” he said and then added that he is not imposing his beliefs and values onto her as she can do whatever she wants but maintains that he has the right to speak about such things. He then went on to mention the “crisis” the country is faced with where teenagers are getting pregnant, some reportedly as young as 10.

“Why have a baby when you are not ready to get married, get marri

Allowing yourself to get into an argument with a fool makes you foolish too. Choose your battles…

Whether DJ Zinhle was responding to the man with her latest tweet or not, but one thing’s for sure, she is not going to be responding to negative energy, neither is she going to engage with such people.

She advised her followers to choose their battles wisely.

Allowing yourself to get into an argument with a fool makes you foolish too. Choose your battles…

Speaking about her pregnancy, Zinhle told SowetanLive that she is very nervous about welcoming the public into her personal life as she has never done so in the past. She also added that she never had plans on doing such a thing.

“I have a lot of mixed emotions. I’m super stressed about opening my life to people in this way because it’s something that I have never done. However, I’m also excited about the opportunity to tell my own story in my own way and let people into my life in my own way,” she revealed.

“I will be letting people into my life so you can see my role as a mom and businesswoman plus who I am to my family, friends and colleagues. It’s a very close and intimate look at my life.”

Solomon does not have to worry about her getting married because according to sources who approached a local publication, Bongani ‘Murdah Bongz’ Mahosana is allegedly planning on putting a ring on it.

Thank you for your love and blessings. Bongani and I are so happy. God bless you all.

I can't drink any @BoulevardRose right now but you can, so please go and celebrate on my behalf 🙈🥂