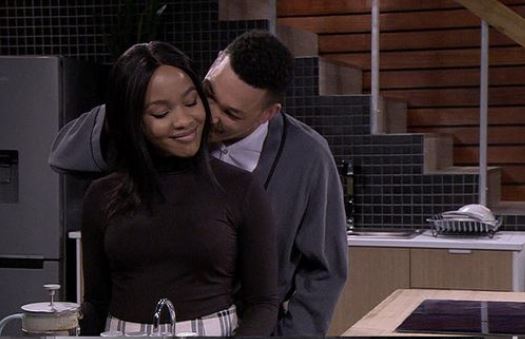 Actress Pasi Koetle who plays the role of Dintle on Scandal! has penned a letter on behalf of her character to her dead on-screen lover, Quinton, whose death has broken her heart.

Fans of e.tv’s Scandal! have been going through the most recently as the current storyline has seen some of the soapie’s “day one” cast members exit the show. This week, Quinton (played by Brighton Ngoma) died, leaving his new lover Dintle devastated and the couple’s fans lost for words.

Taking to her Instagram, Pasi wrote a letter bidding farewell to her dear Quinton.

“Dear Quinton. Bathong. How does my broken little heart even begin?”

“I feel like we both grew up on Scandal!, but the entire journey feels like I was observing a masterclass on how to be the consummate professional, always on time, respect the art, and most importantly respect fellow artists. The depths to which myself and Natasha Sutherland had to dig – in order to bring the best out of ourselves – was only made easier by the fact that your professionalism and energy demand that we, too, really bring it.”

“Dintle as a character has been through so much, lost so much, triumphed over a lot, and somehow always came out at the end of the tunnel,” she wrote.

The actress admitted that just like most fans of the e.tv soapie, she felt sad the current storyline felt like “an abrupt end of an era”.

“Our last scenes together were somewhat different though because often I would leave set after work still feeling heavy, and finding it difficult to debrief. I suspect this was because deep down inside I was also mourning what seems like an abrupt end of an era,” Pasi said before wishing Brighton all the best in whatever he does next