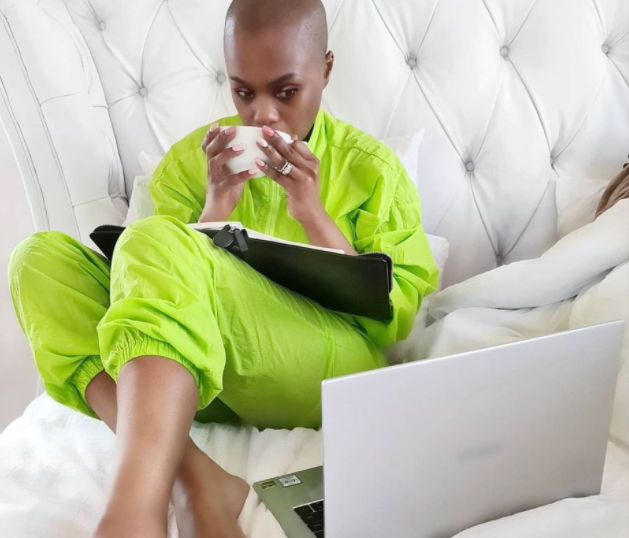 Actress Lusanda Mbane has said goodbye to Scandal! after her five-year stint as the villainous Boniswa Langa, bidding farewell to her iconic character.

In a statement to a local publication e.tv confirmed Lusanda is leaving her role as the wife of Siseko Langa.

Lusanda said she grew to love Boniswa and her devious ways over the past five years.

“What an honour! What a journey! What a ride! Five years ago I took on this warm, mother-natural queen Boniswa Langa, who cared about nothing else but the wellbeing of her family. Little did I know she would evolve into the cold, calculated villain our audiences have come to love to hate,” said Lusanda.

The star said even though she is at the end of her journey with Scandal!, Boniswa will continue to live in her heart through fans sharing their love for the character.

“It has always been important to me to walk away while I am still on top. I knew in my heart the day I walked into Scandal! studios for the first time in June 2016 that Boniswa would be a five-year journey. It has come to pass. I leave Boniswa as a celebrated, powerful, undiluted villain. This is the end of her journey and she will now remain only in my heart and will continue to live through the millions who continue to give me the best Boniswa Langa quotes and impersonations every day. I love you all,” she said.

Scandal! said they were proud to work with her exceptional talent and her contribution to uplifting women.

“It has a been a great screen journey for Lusanda and the passionate engagement of the Scandal! viewer with Boniswa’s story is proof of her affect on the show. Lusanda is a true professional, with an amazing work ethic, exceptional talent and a strong sense of caring for her colleagues and the wider society. As the founder of the movement ‘Zazi Zithande Zithembe’ to celebrate and honour women, to change the perception of what women can achieve and to create a platform for women to thrive.”

Recently, fellow actor Tshepo “Howza” Mosese also made his exit from Scandal! after joining the show in 2013.

The star said he was grateful to be able to grow on the show.

“I have thoroughly enjoyed my time on Scandal! and I’m grateful to have had the opportunity to grow as a performer and act with some of the best talent in the business. I look forward to continuing to push myself to take on new challenges,” said Tshepo.