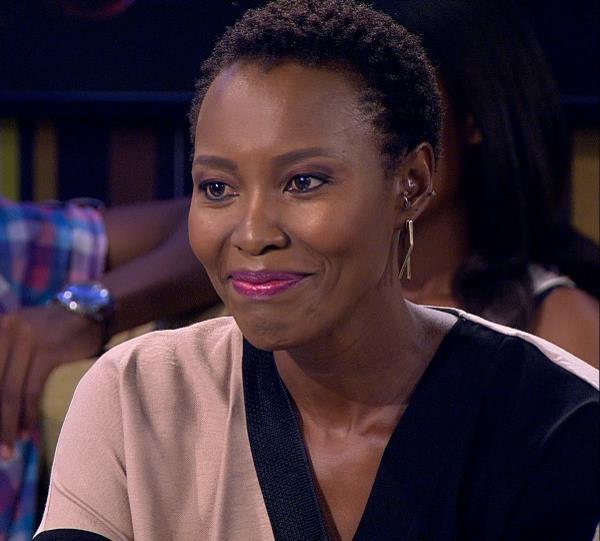 Fans of ETV’s Scandal were shocked to see actress, Bathabile Mashigo who plays Grace Medupe on The Queen last night. Mashigo played a shy helper and disappeared as soon as we saw her, straight after Kagiso’s baby, Mvelo was kidnapped.

It became pretty clear and obvious that Mashigo’s character, Getrude is the kidnaper! Mashigo recently lost her son, Romeo on Scandal and just divorced her son’s half brother, Simo.

There’s been unusual exchange of actors between ETV’s most watched soapie, Scandal and The Queen lately before Mashigo arrived on the show since last year.

Other actors that have appeared on both Scandal and The Queen include:

Magwaza plays the role of a drug dealer known as Dollar on the show and joined Scandal late last year to play the role of Mamba.

Soon as Mahlangu joined Scandal, Magwaza also followed. It was rumoured that Mahlangu was fired by Ferguson Films when the she temporarily exited the show as Siyanda and joined Scandal to play Violetta. Those rumours were unfounded when Mahlangu reapperead on The Queen and her character was shot on Scandal

Interestingly enough Magwaza and Mahlangu were married on Scandal and fans think they will get married as Siyanda and Dollar on The Queen as well.

It turned out Siyanda was the thief and she’s now looking for ways to pay back the money she stole.

It is unclear what grudge Bathabile’s character has with the Khoza’s. The spoilers reveal that Shaka and Harriet will be on the hunt for the baby and will eventually find her.

This is going to be a long month for the Khoza’s as the kidnappers will have keep Kagiso’s baby throughout the month of February.

Fans are wondering if Ferguson Films is trying to widen their casts by roping in Scandal actors as fans have complained about seeing the same faces all the time.

It is unclear how long Mashigo will be on The Queen or if she’s exiting Scandal temporarily in the future!

Watch The Queen on Mzansi Magic, weekdays at 9pm!