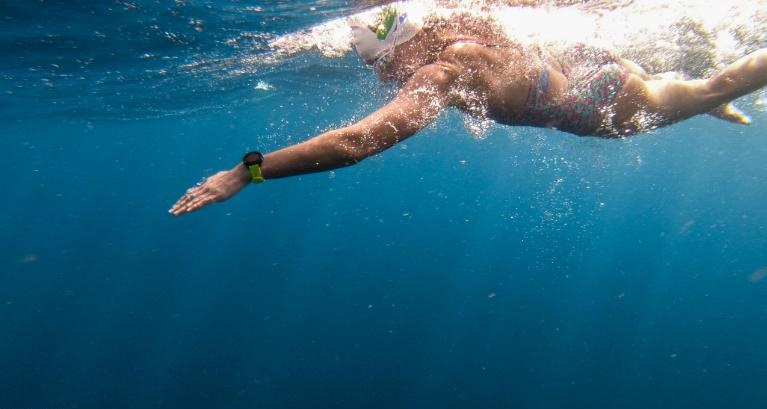 Ultra swimmer Sarah Ferguson is taking on her toughest challenge yet ‒ a 1500km swim along the coast from Durban to Cape Town.

As the driving force behind conservation platform Breathe Conservation, Ferguson is focused on raising public awareness about the devastating impact plastic pollution in oceans and rivers is having on our planet.

Ferguson announced her bold plan to swim along the South African coastline at the Sublime World Ocean Day Swim.

This week she told the Independent on Saturday that she would take on “the wildest coastline in the world” as she plans to swim the distance in stages.

The logistics are complicated so “we are giving ourselves a full year into 2023 to complete the swim,” she said.

Ferguson’s Guinness World Record non-stop swim around Chile’s Easter Island, which she achieved in November 2019 making history as the first person to do so, was a major challenge ‒ but she said her proposed South African coastline swim was an even bigger challenge.

“It’s a huge undertaking from a logistical point of view and I hope to start in March. It will probably take a year to complete as I will take winter (June, July, and August 2022) off. That is when the ocean is the winter feeding
ground for great whites (sharks) and of course the Sardine Run. Even so, I will face massive currents and marine life such as sharks, jellyfish, and bluebottles.

“I grew up in Cape Town but I live in Durban, so it will be a home from home swim,” she said.

During her winter break, Ferguson will take ocean plastic pollution awareness to schools, and will recommence her swim in September 2022.

Highlighting the plastic pollution problem in the Umgeni River in Durban, Ferguson said: “A lot of rivers feed into the Umgeni River and with it a lot of rubbish.” This includes plastic bottles and caps, drinking straws, chip packets, ear buds, flip-flop sandals, and “a lot of polystyrene”.

She added: “Plastic never disappears, it causes a toxic build-up and our marine life is suffocating. It affects the whole chain (of marine ecosystems).

“But it’s not too late and we’ve got to keep fighting. In the short break during Covid lockdown, carbon dioxide emissions dropped significantly which is a sign it can be done.

“Nature is amazing and will restore itself if we leave it alone.

“Each consumer can make changes to daily life and it’s important to raise awareness with the youth as they will create change.”

Ferguson said she will start training for her Durban to Cape Town swim in August.

“I do train all the time, but once I start training in August, I will have to put on weight for the distances I will be covering and acclimatize for time in the water,” she said, adding that she enjoyed smoothies and soups to gain weight.

“This swim is going to be a super big swim and far more challenging than the Easter Island swim,” she said.

Oceans cover 70% of the planet and produce at least 50% of the world’s oxygen.

It is also the main source of protein for more than a billion people, while an estimated 40 million people will be employed in ocean-based industries by 2030.

According to the International Union for Conservation of Nature (IUCN), at least 8 million tons of plastic end up in the ocean every year and make up 80% of all marine debris from surface water to deep-sea sediment.

Plastic pollution is now regarded as a major threat to marine life and marine ecology, with almost 90% of big fish population having been depleted and 50% of coral reefs destroyed.