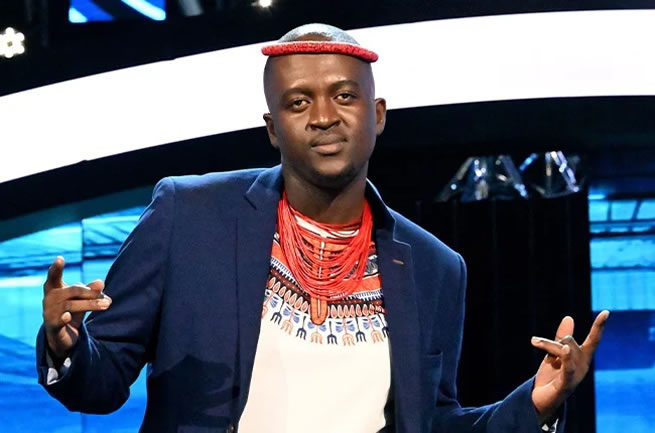 The South African Police Service (SAPS) sang the praises of one of its own and Idols SA season 18 top 7 finalist, warrant officer Thapelo Molomo, in his quest for the coveted title.

“Warrant Officer Molo has taken the Idols season 18 by storm with his flamboyant vocal talent and extravagant performance,” the SAPS said in a press statement.

“The 29-year-old police officer is highly talented with a melodic voice that left the Idols SA judges speechless.”

According to the press statement, the police officer who is a psychologist in the SAPS Employee Health and Wellness department in Brits joined the police service in April 2021.

“He has a great passion for music, which is the driving force behind his participation in the 2022 Idols SA competition,” the statement continued. “He attributes his success to the immense support he receives from his colleagues and family, his dedication to music, his humility and being focused.”

“He also urged other potential contestants to follow their dreams, unleash their potential and make their mark in the world. The SAPS wishes Thapelo [the] best of luck on his Idols SA journey.”