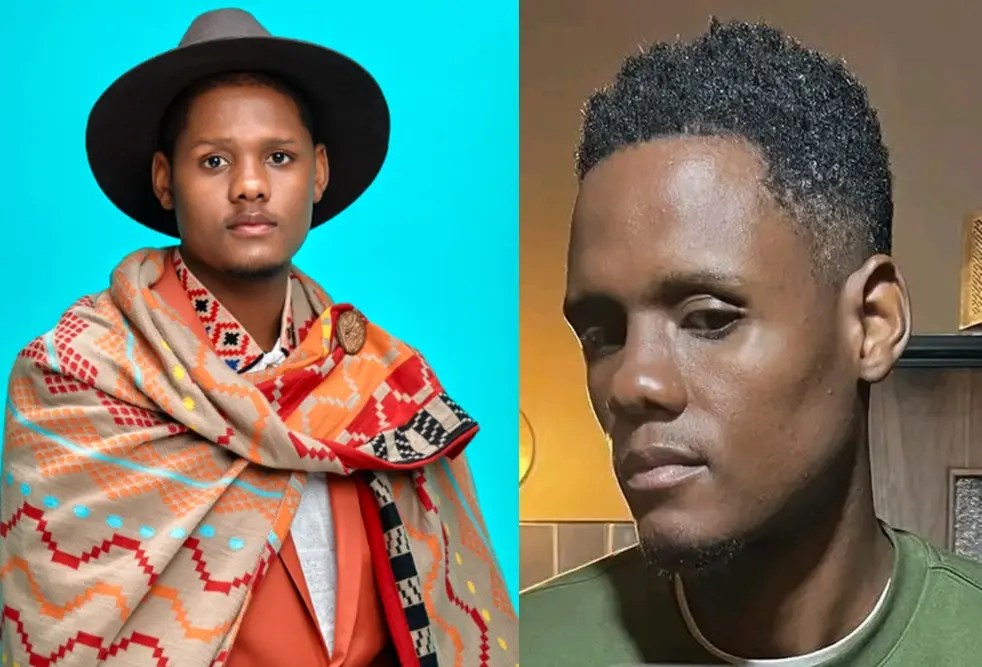 South African musician, Samthing Soweto has been trending on social media after he shared a picture of himself, and some of his fans pointed out that his health is deteriorating after noticing his weight loss.

Allegations from social media are that the artist has diabetes. Like Sophie Ndaba, who drastically lost weight, Samthing Soweto might be suffering from the same fate.

After getting a new haircut, Samthing Soweto shared his pictures on social media and asked his fans to rate the barber.

Sadly for him, most of his fans mocked him saying that he looks horrible, while some started comparing his current pictures with the old ones.

I really don't know what Samthing Soweto is going through but let's pray for him😭💔 pic.twitter.com/cpNPVbCASt

Some of his fans defended him, saying cyberbullying is one of the reasons some celebrities commit suicide.

Those who have known him from his childhood said the artist has always been tall and skinny.

@Collen_KM wrote: “Leave Samthing Soweto alone!! I hate the entitlement that most of y’all think you have over our bodies as celebrities, one can’t even take care of their well-being in peace.”

@Thembisile_Q wrote: “Hate that you guys are doing to Samthing Soweto what Americans did to Chadwick Boseman. Y’all are annoying af. Nxa.”

@vsobudula wrote: “I have such a soft spot for Samthing Soweto and what people are doing to him is absolutely disgusting. I can’t imagine how he feels right now, clearly he has not been okay since the pandemic. People are just making it worse.”

@BrunoSigwela wrote: “Do people know how uncomfortable it is when people comment on your changed weight? Whether you’ve gained or lost it? It’s so uncomfortable, please leave Samthing Soweto alone”