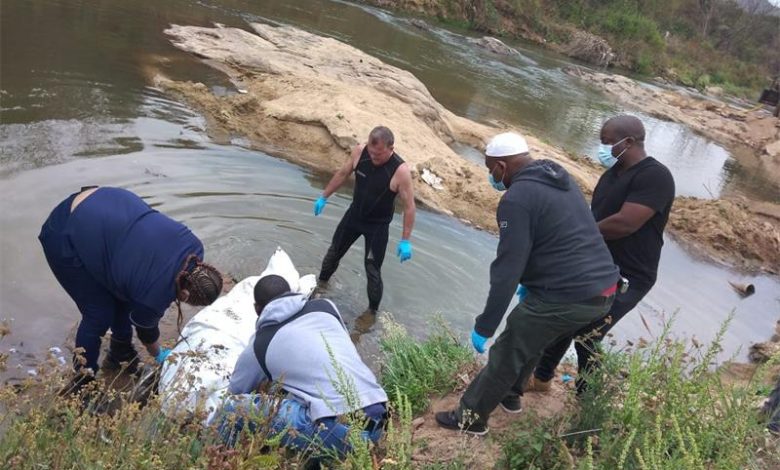 Just as the country is busy preparing to conclude Women’s Month, the body of a heavily pregnant woman was found dumped in the Crocodile River.

According to Mpumalanga police spokesperson, Col Donald Mdhluli, the woman, estimated to be in her mid-30s, was found with a gunshot wound.

“Upon receiving the call, our members, as well as medical personnel, quickly responded to the scene and upon arrival, the woman was confirmed dead by paramedics. A preliminary probe by the police suggests
that the woman was pregnant. She had a gunshot wound and has not yet been identified,” said Mdhuli.

He said the woman had short blonde hair and was wearing pink pants as well as a maroon T-shirt.

“We would like to appeal to members of the community to assist the SAPS with information that may shed some light onto this matter. We need assistance in tracing and locating the woman’s family.

Anyone with information is asked to contact investigating officer, Det Const Andrea Mthunzi Maphanga, on 082 469 1604 or the branch commander, Capt Ishmael Zephania Phiri, on 082 469 1542. Alternatively, members of the public can call the Crime Stop number on 08600 10111 or send information via the My SAPS app. All received information will be treated as confidential and callers may opt to remain anonymous,” appealed Mdhluli.

“I am utterly disappointed that a precious life could be lost in such a manner, especially during a month in which women should be celebrated, and more so as there are indications that she was expecting,” she said.