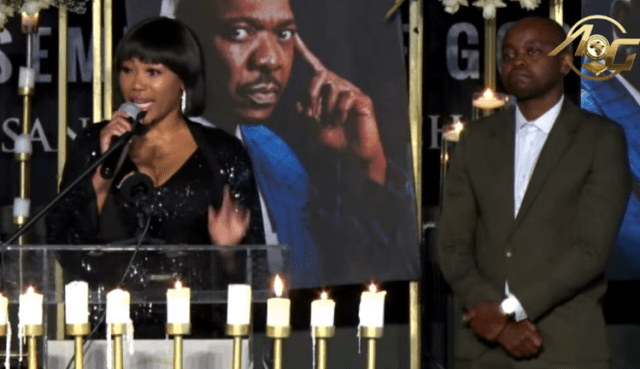 Actors Thapelo Mokoena and Ayanda Borotho were the MCs of the day and began the programme with a moment of silence in Menzi’s honour. The veteran actor died on March 13 after suffering a stroke, aged 56. 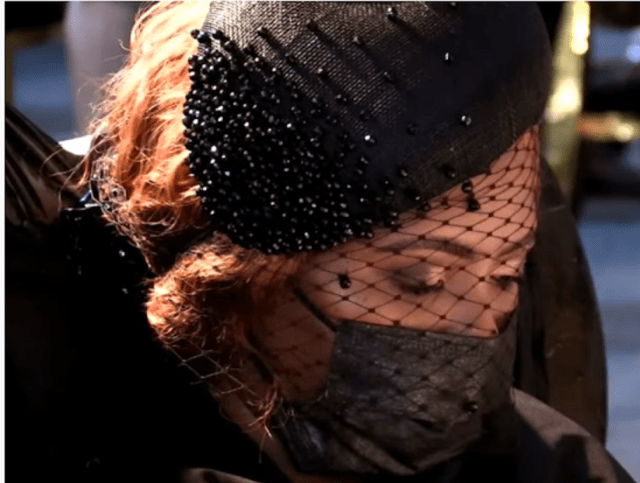 Ayanda expressed her heartbreak over Menzi’s death, saying she had believed him when he said last year that his time to die was far off. This was after another death hoax surrounding Menzi went viral. 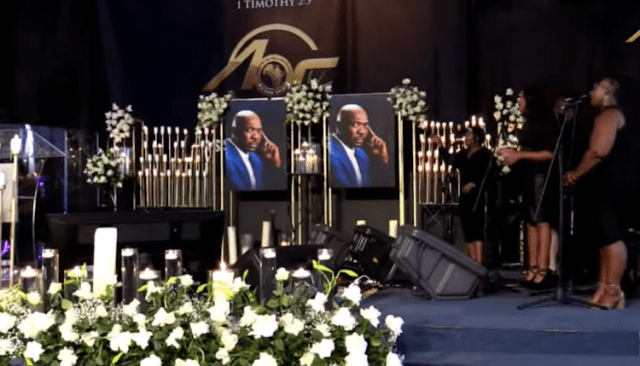 His brother, Bonny Ngubane, also spoke about how the death hoaxes always angered the family. He then asked for media and people to be sensitive to Menzi’s wife, Sike, and the family. He thanked Sike for loving Menzi so well.

Songstress Judith Sephuma gave a heartfelt performance as she sang a rendition of Andrea Bocelli’s The Prayer accompanied by Pastor Given Mabena of Joyous Celebration fame. 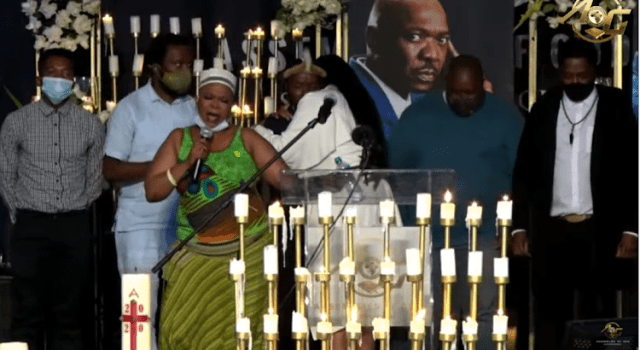 Actress Sonia Mbele, Baby Cele, Sophie Lichaba and make-up artist Bongi Mlotshwa were spotted in the congregation that gathered, while the likes of Siyabonga Shibe and Portia Gumede tuned into the live stream on YouTube to bid Menzi farewell.

Here are some of the most touching moments from the service:

“You were his reason to smile”
When veteran actor Patrick Shai spoke, he joined many of Menzi’s friends who gave Menzi’s wife her flowers.

“I want to say, had it not been for you Sike, Menzi wouldn’t have been able to smile on set. Had you not been the person Menzi could run to with all the dynamics on set, his health challenges and industry issues, had you not been the kind of woman you are, Menzi would not have been the kind of Menzi that we speak of so fondly today. I want you to reside in the comfort that you contributed immensely to the Menzi you gave to the industry,” Patrick said.

Menzi’s presence …
Both Sonia and Thato Molamu recalled stories from their days together on the set of Generations. Sonia got a fright when the frame broke and Menzi’s photo fell behind her as she spoke. She became teary after that moment, saying she felt Menzi’s presence.

“Menzi Ngubane fought and stood with us from 2013/4 and he still to this day believed the industry itself would change and build families, because it is very important that if you are giving of yourself and your children are watching you 20 years from now, they should benefit from the work that you’ve given.”

A goodbye from his Isibaya Ngwenya family
An emotional Abdul Khoza, who played his on-screen son, had to hold back tears multiple times as he spoke about how Menzi treated him like a biological son.

“I lost a father. He was a father to me at work and in life. uBaba changed my life in a way I could have never imagined,” Abdul said.

Linda Sebezo and Linda Mtoba wiped tears as Abdul spoke, struggling to keep it together as emotions ran high.

“As a character, it was written for me that I am the kind of son who swears that I will never be like my father. However, in real life, there is no-one I look up to and wish to be like, only you … because there’s no-one like you,” Abdul said.

Watch the recorded memorial service below: