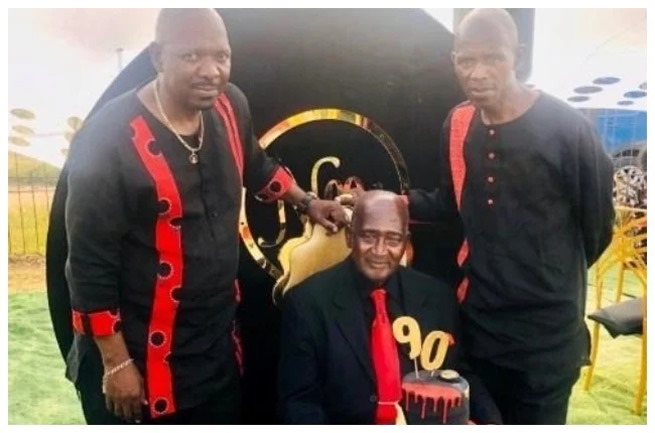 Just when they were coming to terms with the passing of their son, actor Menzi Ngubane who was best known for his role on Generation as Sibusiso Dlomo, his father has also passed away.

This was confirmed by family spokeswoman Naomi Mokhele

“Menzi’s father has also passed on and the family is still trying to come to terms with the tragic loss,” she said.

Sources close to the family revealed that Menzi’s father suddenly died and they suspect it was due to a broken heart because the two were close.

“He was broken by his son’s death…we suspect it’s heart failure “ the source added.

“They were planning Menzi’s memorial for this coming Thursday but he could not bare the pain of loosing his son,” the source said.

“Menzi’s death really hurt him. He was the hope of the family. The news of his passing came at a time when his health was already compromised,” said the source.

This past weekend marked the most important celebration in my life. My dad turned 90yrs & my Queen and I decided to bring family & friends together to honour our most cherished gentleman, my dad. I feel very blessed to have him in my life, as much as I’m a father myself, pic.twitter.com/3cITunHnwk