SAD: Lady Du opens up on deadly disease she is suffering from – “I can’t do anything”

SAD: Lady Du opens up on deadly disease she is suffering from – “I can’t do anything” 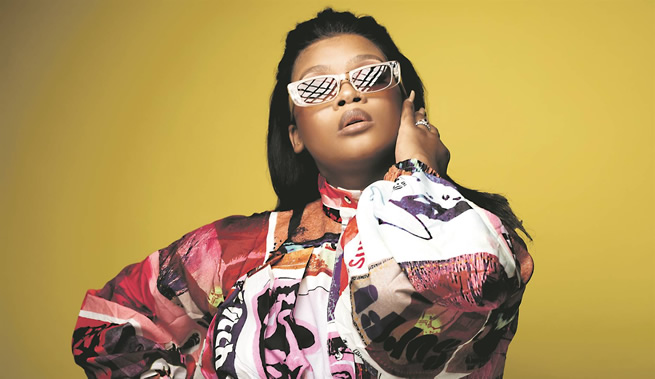 Lady Du, who is usually very private, recently shared something that has affected her whole life.

The DJ revealed that she had a lung problem. She shared that her lungs were underdeveloped, and she was considered a miracle baby.

“Something personal I would like to share with you guys, that has affected me since I was born. I’ve had breathing problems. I cannot do anything active for more than a minute.”

She said if we saw her on stage dancing, we should be appreciative as she was putting herself at risk – all in the name of loving to entertain people.

“But there’s something about why I feel like God gave me my musical talent. I can dance on stage for 25 minutes and pour my heart out, but I won’t pass out. Then as soon as I run for a minute, I go straight to hospital.

“When you see me on stage performing at my best, know that as hard as it is for me to breathe, I’m giving everything I have. This is for all the girls and boys who don’t do certain things because they were told they can’t by their doctors.”

The Dakiwe hitmaker further shared that every three months, she had to consult with a doctor so they could clean her system.

“I call it asthma because that’s what most people understand. But my lungs, as I was told by the doctor, are underdeveloped; too small to carry my weight. Till today, my doctor calls me a miracle baby. I’m actually in tears writing this. But I’m not sad; I’m proud of everything I’ve achieved.”

Speaking to Daily Sun, Lady Du said people should not worry about her as her condition is manageable.

“I haven’t had any serious episode where I needed to be rushed to hospital,” she said.

Although she manages her condition well, but what worries her that it limits her mobility.

“I often wonder how my daughter feels as I can’t play and run around with her like she wishes to. I also consider myself as a very adventurous people and like other people, I would like to go hiking, swimming and do all the other outdoor activities but I can’t. Sometimes when I go to an event to perform, after I am done, I don’t remain behind and socialise because of the environment I am in. I don’t want to end up passing out in the middle of people,” he said.

Lady Du has revealed that she has to visit the doctor every three months to have her system cleaned. When asked if there is a permanent solution to her condition, she said there is one.

“I would have to get a lung transplant. But unfortunately for me, I am afraid to go under the knife and have an operation. So, I will stick to the medication for now until I am ready to do so,” said the DJ, whose real name is Dudu Khoza.