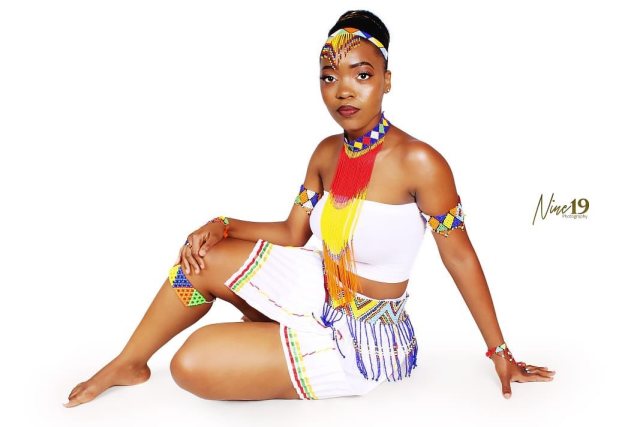 Anele Mxakaza, a former Idols contestant, testified in the Eastern Cape High Court in Port Elizabeth on Thursday that she and her twin sister, Neliswa, were groomed to please rape-accused televangelist Timothy Omotoso.

Omotoso and his two co-accused, Lusanda Sulani and Zukiswa Sitho, are on trial on 97 charges, including rape, human trafficking and racketeering.

Mxakaza testified about the time she and her twin sister lived in the church’s Mhlanga Rocks mission house in Durban.

Mxakaza said when they first auditioned to join Grace Galaxy, the Jesus Dominion International Church choir, they were told they were too young as they were only 17 at the time.

However, after the two recorded a single with singer Zahara and their Idols audition was aired on television, the church had a change of heart.

They were then invited to join Grace Galaxy and shortly after officially joining the choir, the two were asked to move into the house permanently.

It was then that they came into contact with Omotoso’s co-accused Sulani as well as two people identified as a “Fezeka Mboni” and a “Sindi”.

Days later, Mxakaza told the court, Mboni told them they needed to move into the house “because we need to bond, practice together with the others in the group”.

Mxakaza testified how they were allegedly groomed by Fezeka, Sindi and Sulani for Omotoso.

“They taught us how to behave and carry ourselves. The rules were to bath constantly, stay clean because we can’t greet the man of God without bathing. After church we needed to bath, we had to be always tidy, not allowed to have boyfriends, not allowed to go out without permission.”

She said they were told to appreciate, praise and complement Omotoso at all times.

Mxakaza said one day she was summoned to Omotoso’s room upstairs.

“I don’t remember who it was that told me to go and bath and go and massage Omotoso’s feet. When I arrived in the room, he told me to lock the door. And then he said I should take a towel and lay down on it.

“Before this, he had told me to take off my skirt and lay on the bed. I did as he said. He then came on top of me and put his penis between my thighs, close to my vagina. He went up and down on top of me until he ejaculated,” Mxakaza told the court.

She said he then prayed and said: “May God have mercy on us.”

“He then told me not to tell anyone. I didn’t tell anyone about this incident, not even my twin.”

‘We have to leave’

She also recalled the night her sister was molested by Omotoso. She said her sister had woken her up and told her they needed to leave the mission house immediately.

“You don’t know what this man did to me,” her sister allegedly told her.

Mxakaza said the house elders had overheard them talking and urged them to stay, explaining that Omotoso had a “weakness” and that they had been “chosen for him to do what he does with”.

“We accepted what happened even though we didn’t like it because he was a man of God, a prophet [who] speaks to Jesus anytime he wants.”

Mxakaza said after the incident with her sister, Omotoso asked her if Neliswa was offended by what he had done to her.

Mboni and Sulani allegedly instructed both girls to act normally and smile because “Daddy was upset.”

Omotoso is ‘backed by God’

They allegedly told the girls Omotoso was afraid Neliswa would report what had happened to the authorities.

“We didn’t leave the house because we were told that Omotoso was backed by God,” she said.

They were told a girl who had tried to report Omotoso had ended up “going mad”.

“They told us about what happened to Vicky and Cheryl Zondi.”

The trial continues on Friday.

*It is understood that Fezeka Mboni has since fled the country with her daughter and now lives in London.