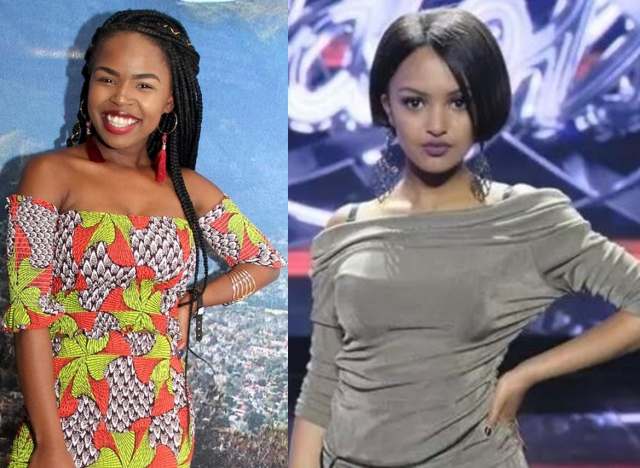 Idols SA winners Yanga Sobetwa (season 14) and Paxton Fielies (season 13) have collaborated on the single Catch Me, bringing Mzansi a double dose of Idols star power, a first in the history of the SA singing competition.

Yanga revealed that when she initially recorded the song for her album Promised Land in 2019, she wasn’t really feeling the song until Paxton came on board.

“It’s pretty interesting actually. Initially, this song was not supposed to be a ‘me and Paxton’ song. It was just supposed to be a ‘me’ song. I recorded the song in the studio. And for me, honestly, it wasn’t my vibe and I was pretty honest to my music team. They suggested we bring Paxton on. And when Paxton came on, it just made sense as our song more than my song,” said Yanga.

Paxton said it was a case of “love at first sight” with the track and she was immediately keen to feature on it.

“I heard the song and instantly fell in love with it, went into studio and recorded my part, and the rest is history!” she said.

The gold-certified singer also gushed about working with Yanga.

“Working with such a powerhouse vocalist was such an honour, she pours her heart and soul into everything she creates and that in itself is inspiring,” Paxton added.

The pair also wanted to send a message of maintaining and nurturing the relationships you have with your loved ones in these unprecedented times.

“The song is about growing in relationship, nurturing relationships that you have, making sure that you’re there for people during their ups and downs, and not being afraid to wear your heart on your sleeve,” said Yanga.

“It’s also about opening yourself up to love and beautiful relationships, and flourishing in them! I hope the fans will feel inspired to do so after listening to this song,” said Paxton.