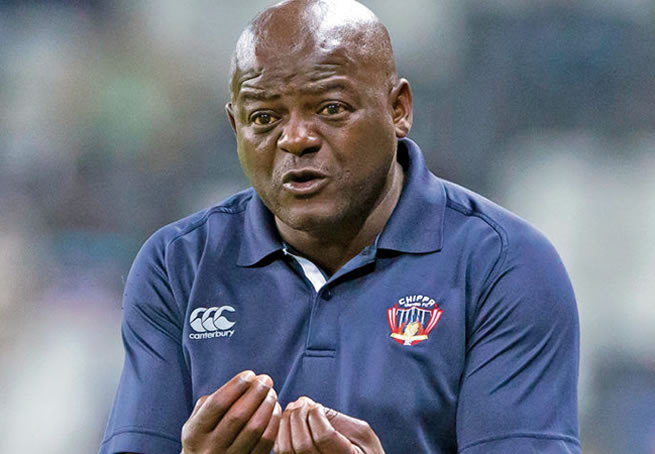 Internal chaos at Royal AM have led to the resignation of coach Dan “Dance” Malesela, an insider at the Durban-based Premier Soccer League (PSL) club has said.

News of Malesela’s sudden exit broke late on Wednesday. The tipster revealed that the absence of CEO Sinky Mnisi, who went on leave over a month ago, has also contributed to unsettling events that are unfolding internally.

Malesela is expected to meet with club president Shauwn Mkhize before the end of the week to finalise his resignation, said the source, sharing that at the centre of his exit was the insistence of club chairman and MaMkhize’s son, Andile Mpisane, to be included in the team’s line-up.

Mpisane made it to the bench last week when Royal AM, under the guidance of co-coach Khabo Zondo, locked horns against Richards Bay FC.

The tipster revealed that Malesela has bemoaned Mpisane being on the team because the 21-year-old club boss is not fit and ready to play in the tough top tier league.

“Let us be honest, how do you expect a respected coach like Malesela to include Andile in the team at this time. The kid is not ready for the level of the PSL,” said the informant who chose to remain anonymous.

“Where is the CEO [Sinky Mnisi], he has been on leave for [over a month] now and he was not going to allow this to happen. The club could not even beat Mbabane Highlanders when they played in the CAF Confederations Cup.

“The Eswatini league is like our ABC Motsepe League, and if they cannot beat Highlanders, who are they going to beat in that competition?”

Royal AM has not won in their last two matches. In their last league match, Thwihli Thwahla were defeated 2-1 by new kids on the block Richards Bay FC, and they played to an uninspiring 0-0 draw against Mbabane Highlanders.

Malesela, a former Orlando Pirates captain, has been linked with a move back to Marumo Gallants. He led the club to the finals of the Nedbank Cup last season and lost narrowly to Mamelodi Sundowns in the dying minutes.

He mysteriously parted ways with Gallants at the end of the season and was replaced with a young French-Moroccan coach Romain Folz, who has since resigned citing interference.