#RosemaryNdlovu: Mzansi not impressed by tears of ex-cop accused of killing relatives for insurance money after strange behaviour

#RosemaryNdlovu: Mzansi not impressed by tears of ex-cop accused of killing relatives for insurance money after strange behaviour 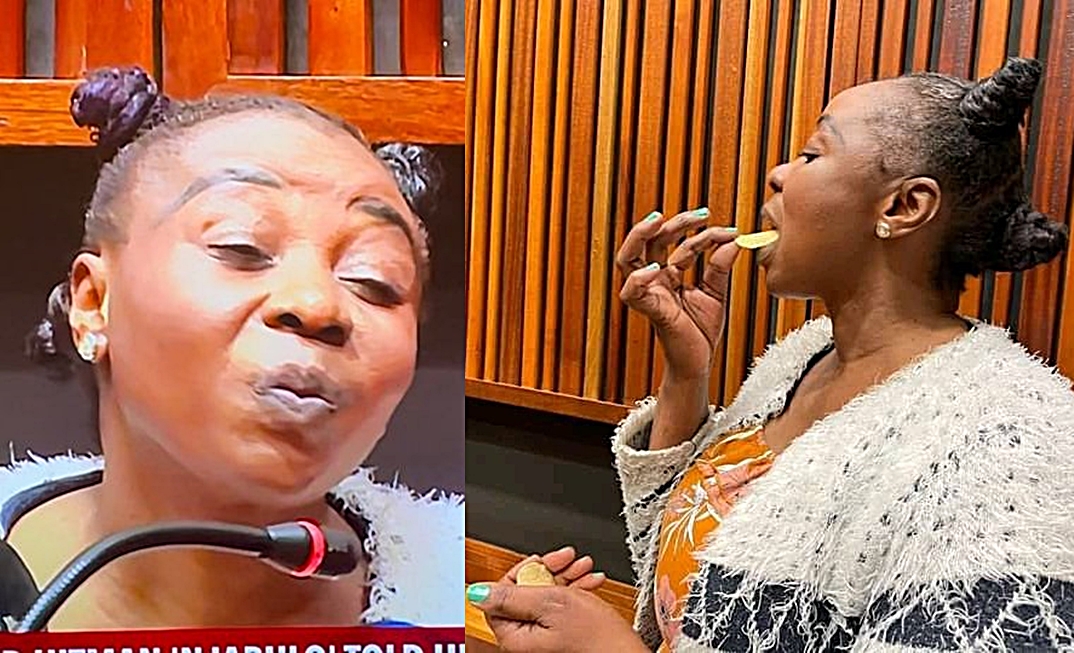 The former police officer accused of killing six relatives, including her partner, and plotting to murder her sister, nieces, nephews, and mother to cash in on funeral and life insurance policies is trending on Twitter today.

On watching her break down in tears today (the court case is being streamed live), tweeps weren’t convinced by her show of emotion after her histrionics the day before.

Yesterday, former Tembisa cop Rosemary Ndlovu bizarrely lifted her skirt in court and threw peace signs, and on entering the Palm Ridge High Court told television journalist Linda Mnisi that had she had ’’dressed up’’ for him, while also doing a quick spin and twirling in posing for photographs.

The 46-year-old Ndlovu has been behind bars for more than two years. The State has closed its case and the court is now hearing the defence’s testimony, which started with Ndlovu yesterday and continued today.

A Twitter user posted: ’’Today she’s emotional, yesterday she was acting all crazy, it is now sinking in that there’s no way out, jail awaits her… No more twerking.’’

#rosemaryndlovu
The state should make a very good example ka this woman.. She is a danger to the society and she's proud of it.. pic.twitter.com/2zhLHcDlrk

’’MaNdlovu is putting up a huge show of crying for her late boyfriend of 4 years, whilst she didn’t shed a drop of a tear for her late sister, nephew, uncle, etc,’’ another Twitter user posted.

Her partner, Yingwani Maurice Mabasa, with whom she had a child. died in October 2015 after the third attempt on his life. He was stabbed more than 80 times.

Tears don't scare us, during Oscar's trial he cried, he was vomiting they brought a bucket. #rosemaryndlovu people lost their lives, the family needs answers, she will cry but ultimately she will answer, let's proceed. pic.twitter.com/vtvSKbmDdb

Ndlovu has denied plotting the deaths of her sister and five nieces and nephews and disputes the two alleged hitmen’s version of events. Ndlovu allegedly wanted the two men to set the house alight and burn her sister Joyce and her five children alive.

The crimes were allegedly committed between 2012 and 2018 and were for insurance claims. Ndlovu allegedly claimed up to R1.5 million.

Ndlovu was arrested after an alleged hitman, Njabulo Kunene, informed police she had allegedly recruited him to kill her sister and children by setting alight their house in Bushbuckridge. The police set up a sting operation, which led to Ndlovu detailing on camera what she allegedly wanted done.

In a video published by a local publication, she allegedly details how she wanted the crimes to be carried out, but claimed in court it was all an act.

Ndlovu is facing charges for the murders of: