ROBERT MARAWA SPEAKS ON HOW HE MET EX-LOVER, PEARL THUSI

ROBERT MARAWA SPEAKS ON HOW HE MET EX-LOVER, PEARL THUSI 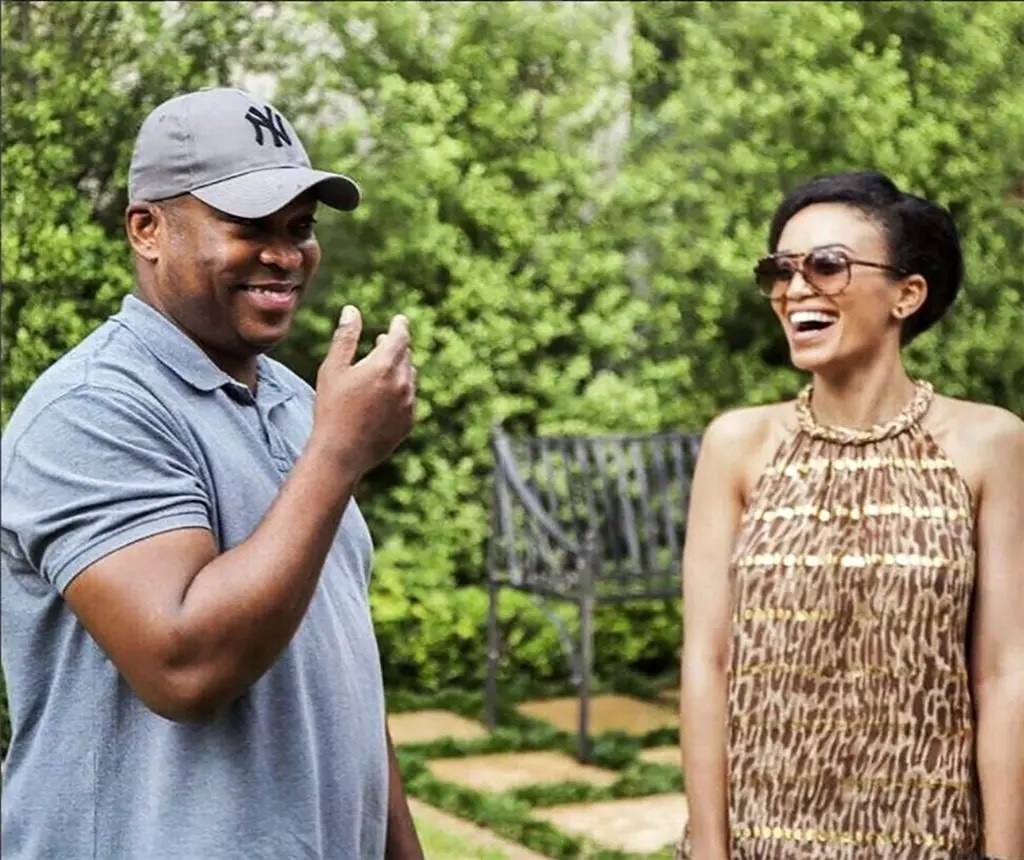 Robert Marawa’s interview with Mac G on his Podcast and Chill network was crowned as one of the very best from Mac G. The sport’s broadcaster was dubbed a very honest and open man who handled Mac G’s controversial and heated questions very well.

Mac G spoke about his love life and had to ask about the elephant in the room which is his failed relationship with media personality Pearl Thusi. There was nothing sour in the interview just laughs and giggles and a lot of puns from Sol Phenduka.

On their relationship, Pearl said, “Robert and I had a great relationship, things did not work out for reasons we rather not talk about. That wasn’t our intentions but that’s what happened. You need to know when to leave situations no matter how much you want to stay. When something is not good for you, don’t stay in it, learn from it and move on,” she said at the time of her interview with Mac G.

Mac G asked Robert what he thought about that and he said there is nothing to say because what Pearl said was actually true.

“There’s no response…relationship came to an end, she’s right. There’s always been mutual respect. Actually we communicated the other day,” he said to Mac G’s surprise.

He then tells the tale of how they met which according to him is a different scenario from what Pearl states. “She tells me a different story but my memory vs her memory is different. It was, you know these Polo events, it was just the end of the polo [event], she was driving a polo, and we had parked far…and we were just walking and she was driving, then kind of stopped, and offered me a lift, but I said no don’t worry about that.”

He then says as she is driving, he is walking and they are talking. He did not want to get in the car because he was afraid she would hijack him or something.

Mac G then added salt to the wound and asked Robert why can’t he not keep a woman because all the women he has been with have left him. Robert thinks because he is in a messed up industry which is sports, they do not really have time. Because when he looks at his previous colleagues who have been married, they have been divorced quiet a lot.

He said he is super busy all the time so that might have been the reason for his failed relationships. “Those cute little valentines day, you’re in studio, and birthday’s as well, you’re in studio.”

He spoke about Pearl again, “With Pearl there was respect, she also got the gig when she was in Quantico where she was in New York. Which was a positive thing because I always knew that the one thing which always driven her career was to one day hold a statue, Oscar award,” he said as Mac G interrupted him by asking him about when he broke his virginity.