Robert Marawa on getting back together with actress Pearl Thusi (VIDEO)

Robert Marawa on getting back together with actress Pearl Thusi (VIDEO) 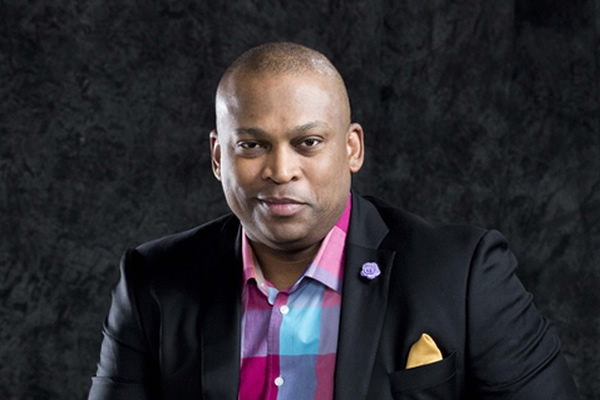 Sports broadcaster Robert Marawa recently spoke of his relationship with actress and media personality Pearl Thusi after they split in 2017.

In an interview with Podcast and Chill, Robert recalled Pearl Thusi speaking of their break-up on Mac G’s show and said they had recently engaged in a conversation as they are still on good terms.

“The relationship came to and end, she’s right. There’s always been mutual respect. Actually we communicated just the other day,” he said.

The former Metro FM personality alluded that he had committed a lot more of his time to his career than he did to relationships, but said he liked that about Pearl.

“With Pearl there was respect all round. She also got the gig of Quantico when she was in New York, which was a positive thing, because I always knew that the one thing that’s driven her career is to one day hold a statue … an Oscar or whatever.”

The two media personalities had attempted to keep their romance on the lowdown until they made their first public appearance as a couple at the annual Vodacom Durban July in 2016.

Robert has always been adamant that he remained friends with Pearl even after their break-up.

“I confirm the rumour & speculation that our relationship with Miss Pearl Thusi ended a few months ago. We continue 2 be good friends though,” he wrote at the time.

Robert and Pearl’s split left many of their fans sad, as they hoped the pair would eventually get hitched.

During an interview on East Coast Radio at the time, Robert said the split is “what it is”.

“I never talk about my private life but I decided to confirm it to protect both sets of families. If you don’t own your space, people can twist things and write things that are not true.”

When asked how he was feeling, he responded by saying that he woke up “feeling great” and added that he did not owe the country any details about his personal life.

“It’s none of the people’s business and the only thing I owe South Africans is what I do on television and radio,” he said.