Robert Marawa is back on the airwaves

Robert Marawa is back on the airwaves 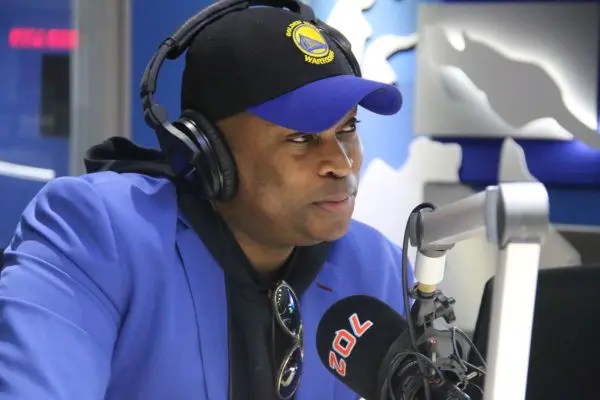 Radio and TV sports presenter Robert Marawa is back on radio.

Marawa officially announced the news on his social media platforms.

According to his post, Marawa will be hosting a show called Marawa Sports Worldwide (MSW) on three media platforms: Vuma FM, SowetanLIVE and Rise FM.

He said MSW will stream live from Mondays to Fridays between 5:30pm to 7pm.

Taking to his Twitter account, he wrote: “Let’s meet on Monday on #ReactionMonday LIVE on @VumaFM @SowetanLIVE and @RISEfm943 all three platforms at the same time from 17H30 to 19H00 Mon-Frid. #MSW returns exclusively for you. THANK U MZANSI. Nazo!”

In a statement that he issued in partnership with Arena Holdings, he wrote: “I am particularly looking forward to providing my inquisitive loyal support base with both global and local quality content in the field of sports. As can be expected, we have lined up an exciting show that will be current and unpredictable. It will be interactive and cutting-edge. Our listeners know what to expect from us, but I promise to be innovative and go beyond my high standards to keep them informed and entertained.”

The managing director of Arena Holdings, Pule Mulebeledi, said: “Securing Marawa, the undisputed king of sports airwaves, and his hugely popular show onto the Sowetan, Vuma FM and Rise FM platforms is a coup for Arena Holdings.”

The news was well-received by sports fans and Marawa’s colleagues.

Sports presenter Carol Tshabalala congratulated him and said: “Congrats Rob!!! Kill it as per the norm. ”

Bongani Gumbi wrote: “No. He is the Ronaldo of the airwaves, mate. You can even ask him.”

Colen wrote: “Congratulations to my friend Marawa, you deserve it. I remember knowing you from way back when we first met you were a hard worker. You played a major role to get me to where I am right now. Let’s keep working and inspiring our fans.”

Sihle Mvundla commented: “One mic, 3 platforms, 3 provinces covered. From the Zulu kingdom to the home of the rising sun Mpumalanga siyabonga. Indeed awuchemile kodwa uyalimela iqinisio phakama Rob. Siyabonga, we declare a long life filled with safe, growth of this show and the relationship with your partners.”