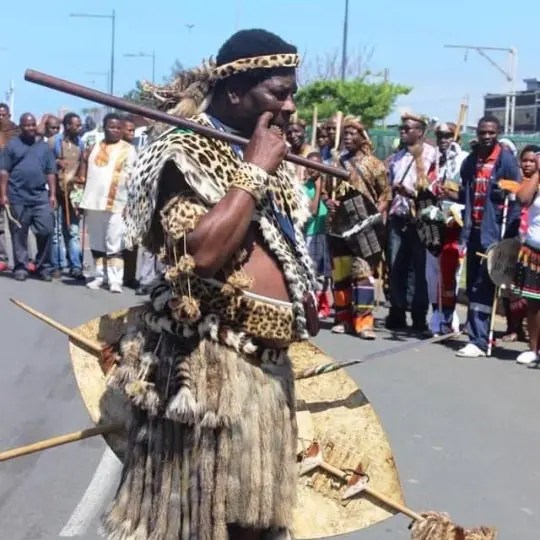 Injeje yabe Indunankulu Phumlani kaDoto Mfeka said in a statement, that the passing of Induna Mgijili evoked great sadness and indeed anger amongst many as they feel robbed of a proud glistening Nguni gem whose sparkle remains unsurpassed amongst his peers.

He said a sizeable number of the Nguni youth have been inspired by the Commander ever since the late Majesty King Zwelithini kaBhekuzulu appointed him Commander of the Zulu regiments.

“Whilst there has been unsavoury sinister attempts by some to tarnish his image in the public domain, however these feeble attempts failed as he remains the most highly respected Zulu Regiment Commander of this generation world over.”

He added that while he may physically no longer be among them, his spirit shall live on in them for all eternity.

He said:” We shall remain resolute to his uncompromising principles on self-knowledge and community consciousness.”

“We shall remain steadfast in the truth which he lived for and ultimately gave up his spirit for. His vision for the people of which he served shall become a reality in our lifetime, irrespective of what his evil detractors might next conjure, we shall reciprocate to commensurate without hesitancy, and we shall not withhold,” said