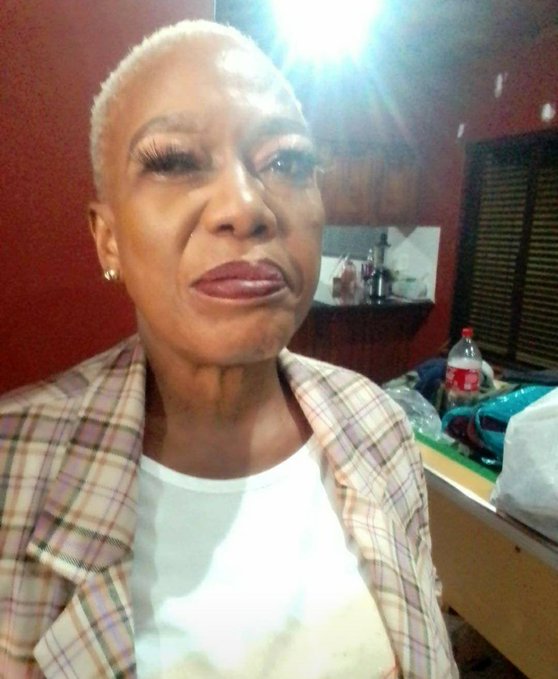 The funeral service of the late ZamaNguni Gumede, mother of the late Mandla ‘Mampintsha’ Maphumulo, took place at the Redhill Cemetery in Durban by Icebolethu Funerals, who also gave her son a dignified sendoff. Her life was celebrated at the L Hall in KwaMashu where Babes Wodumo and her family attended, despite rumours that they were not allowed.

Despite rumorus that Babes Wodumo, her daughter-in-law was barred from attending, she and her family was in attendance and they all gave her a dignified sendoff.

During the memorial service, ZamaNguni Dumede’s family and friends shared their most fond memories of her. A few tears were shed too as her nieces spoke of the amazing aunt she was to them. 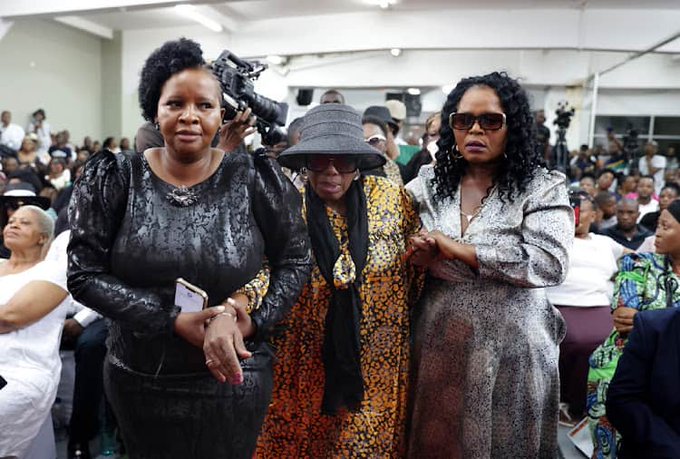 “We grew up together, I was older than her by two years. She was a straight and honest talker. Nguni had a good heart, and she loved people,” said Reta Mkhize, a family friend.

“Nguni had jokes and was always laughing and happy. She was great at sewing and made beautiful women’s clothes. She loved fashion and did not want to look like anyone else.”

“She was forced to speak because she loved people, but she was not breathing well. She wanted cold water, but the nurse wouldn’t allow us. She told us she loved us. She said she would wait for her daughter to arrive at the hospital. When they arrived, she screamed for her to hurry and that is when she took her last breath. She died peacefully. She said goodbye to her children and grandchildren,” she added.

One of Zamanguni Gumede’s nieces Nosdoli said at the memorial service,“I went to see Mamkhulu at the hospital, repeatedly. Things were promising. She said she would be back next week. But she is hone. She loved us. I now don’t have an aunt, but I still have a mother. My aunt taught us the importance of family. When we last visited her, we were laughing and joking. Maybe that was her way of saying goodbye. She asked me to greet Sponge [Babes Wodumo’s son] for her. I say rest in peace Mamkhulu.” 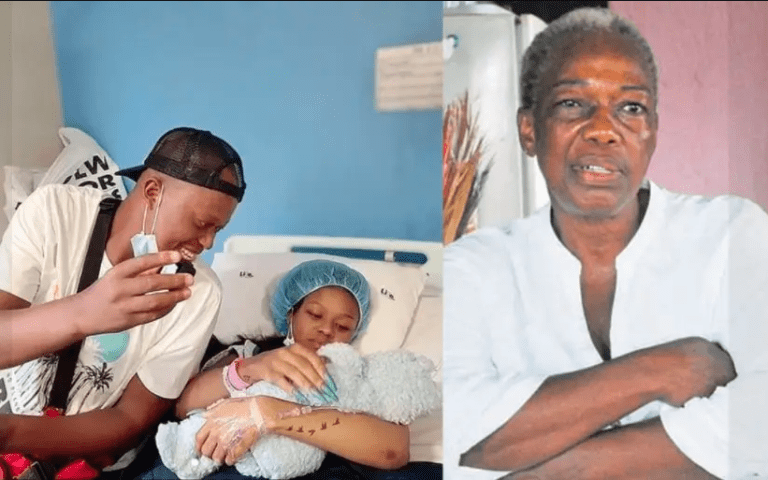 Her second niece also spoke about her sense of style and how she inspired her to wear the outfit she wore at her send-off, “She loved us. Even my outfit today was inspired by her. We visited her, and she looked good, even wearing lipstick in the hospital. I am sad, but we will miss you.”

Prior to the funeral, ZamaNguni’s daughter Pinki Gumede, told Daily Sun that her mother’s condition worsened when she saw Babe’s Wodumo’s videos on social media.

“What complicated things were the videos she kept posting on social media sometimes even insulting the family. My mother saw all of that and it worsened her condition. I feel she died with a broken heart. But she’s at peace now,” Pinki told the publication.