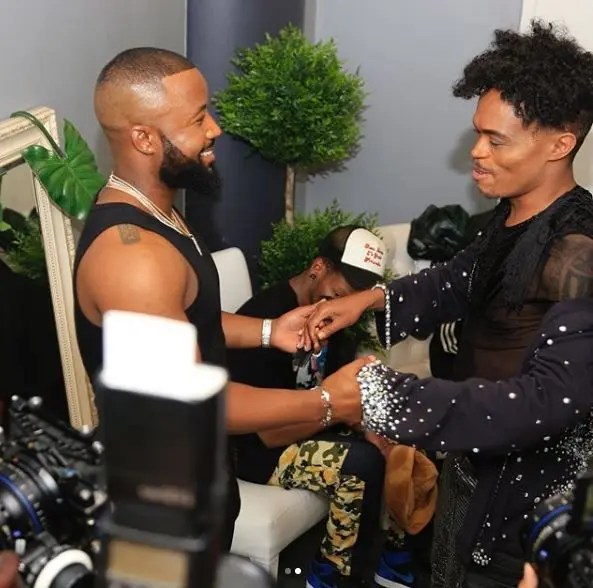 Cassper Nyovest recently lost someone very close and dear to him. The death of his fellow rapper Riky Rick has obviously been very hard on him, and now, as he finally breaks his silence to share his feelings on the matter, he has been attacked by Mohale Motaung, and accused of being a homophobe.

Since Riky’s death two days ago, Cassper has been largely quiet on the matter. While other celebrities have been posting pictures and videos of themselves with the late talent, and giving heartfelt tributes to him, Cassper only changed his Twitter profile picture to one of Riky, then kept silent, until now.

He recently came out to give his tribute, finally. He shared a brief story about an interview he had, during which Riky unexpectedly came up behind him and embraced him. It was a sweet story, as he tried to show that he was comfortable with Riky being that close to him, from behind, which he is usually not comfortable with. It just went to show how much he trusts Riky, and how close they were. 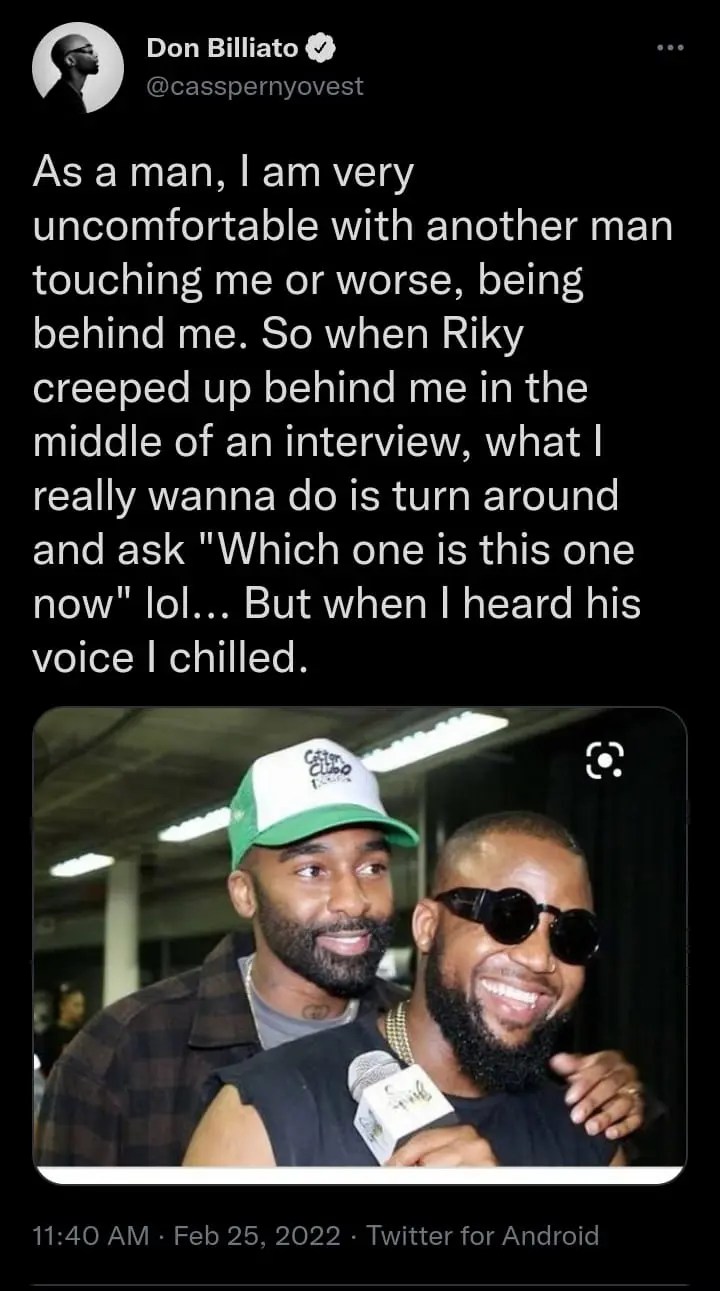 The tweet was a sweet tribute to Riky’s gentle soul, but many social media users have not seen it like that, starting with radio personality Mohale Motaung. He has since responded to Cassper, calling the tweet very homophobic, and asking him to take it down. 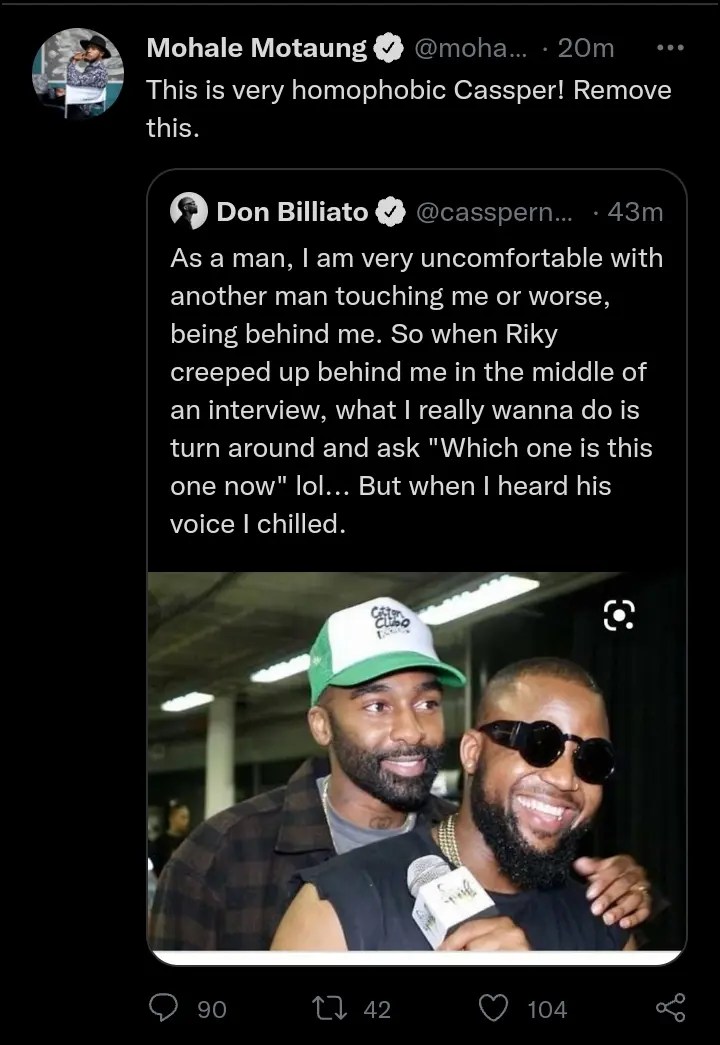 Cassper’s fans have come to his defence, saying that all he meant to say was that, even though he is uncomfortable with showing affection with other males, he felt comfortable doing so with Riky. But Mohale insists that, if Cassper meant that, he should have said so directly instead of wording it the way he did.

Basically he's implying that if there's any man who don't feel uncomfortable when another man is behind them something must be wrong with him. This is bigotry.

Anyway you'd only understand if it was a white man saying that.

His sentiments have split fans in two, as some feel that the LGBT+ community, led by Mohale, is about to be dramatic and centre themselves in a conversation that was about someone honouring his dead friend.

Mohale is also getting attacked for his response to Cassper, as tweeps insinuate that he is too entitled and trying to control how others express themselves.

But he is not changing his statement, and has doubled down on his claims. He says that he is being attacked by other homophobes trying to defend the nasty and distasteful comments, and that they should mind their business.

Cassper too has said he won’t delete his tweet. He says God knows his heart, so people can go on bashing him as much as they want.

Mohale has since deleted the tweet, after insisting he wouldn’t delete it. Does this mean he understands where Cassper was coming from?