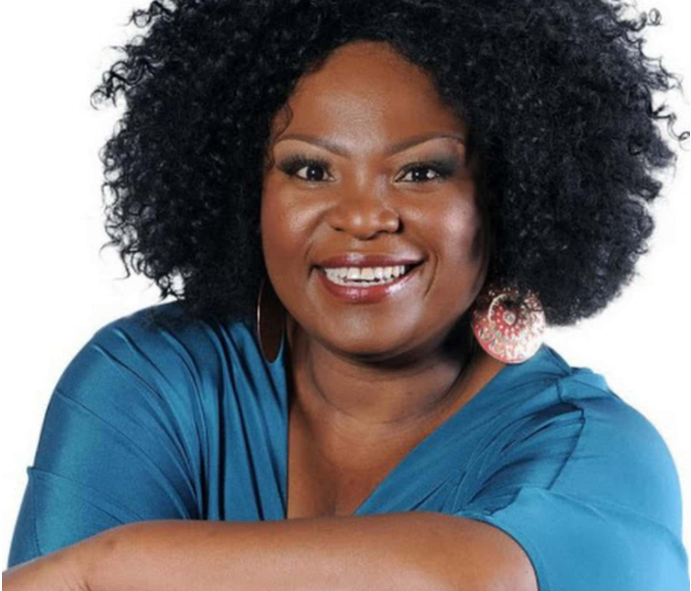 With Rhythm City coming to an end in a week, we could not be happier for her. After they were fired as the cast of the old Generations, she struggled to get roles and we were a bit worried that history was sort of repeating itself.

Speaking to Destiny Magazine in 2017, Slindile said, “I’ve been an actress for 28 years, so the lack of jobs wasn’t new to me. In theatre, there are times where you won’t get jobs for as long as eight months. It’s through those tough times that I realised I had good friends because my friends and family were there for me and carried me through,”

The 49-year-old actress has played a number of impressive characters on television, including Mam’Ruby on Generations, Blossom on Rhythm City and her Lockdown role that saw her in a different role.

It has not been revealed what role Slindile will be playing but we do hope she shakes things up in the Ngema household because we all know they could do with a little shakeup. Granted Mlungisi Ngema’s side is doing a whole lot of shaking currently but with Zinzile back, she may just be a thing of the past.

In other good news, the cast of Rhythm City is said to have received farewell bonuses following the abrupt ending of their show.

The Entertainment Alert narrated Sine The Voice Artist said, “In an unprecedented move in South African television industry, we have it on good authority, that eMedia investments, a company that owns the Etv channel will be remunerating the cast and crew of the show with some farewell bonuses,”

“Etv confirmed that there will be money given as a farewell gift to the people working on the show…The cash is not specifically a severance package but it has been worked out within the ambit of labour law.”