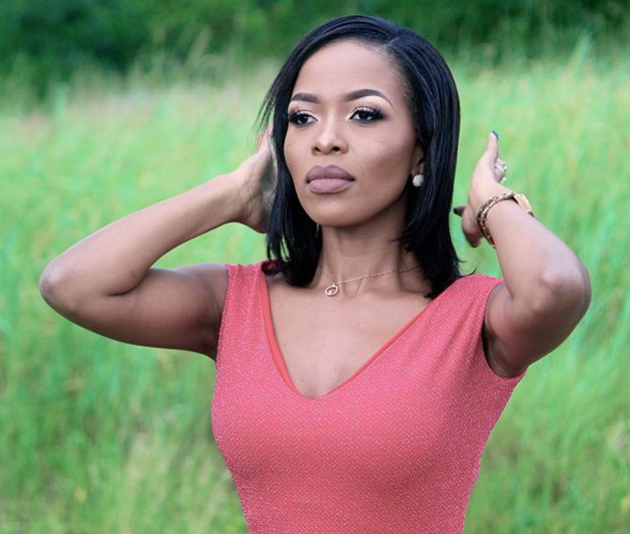 eTV’s Rhythm City is coming to an end tonight, 16 July and the soapie’s actress Mmatema Moremi has bagged herself another role.

Mmatema took to Instagram to announce that she is part of a new production that will be airing on Showmax. She said, “New acting role coming soon to Showmax 😀. Glory to Jesus, glory to God, glory to my faithful Father”

A number of people took to the comments section to congratulate Mmatema on the new role.

Mmatema is currently portraying the character of Violet on Rhythm City. She is expecting Fat’s child and when she first got on the show, people did not like the role which speaks volumes to her talent. People still don’t like Violet because of her forever scheming ways even though it seems as though she has left that life behind her.

Mmatema also recently shared a teaser of a video that’s now up on her YouTube on Instagram. In the clip, she states that “we are pregnant,” and her husband’s response is priceless. Mmatema then calms him down and explains that it is just for Instagram, it’s not that deep. So they are not really pregnant.

Before she could even finish her sentence, her husband interrupted her and asked if they are not pregnant. Well thank God that Mmatema is nothing like her Rhythm City character.

In a statement e.tv said today’s episode of Rhythm City will make a total of 3,660. The channel also spoke about how Rhythm City always makes sure South Africans see themselves within the storyline, mirroring their realities and everyday struggles.

In the statement, the show promised happy endings for some of the cast members namely Jafta and Fats played by Mpho Molepo and Sandile Dlamini. Moving into their new home is Sabelo and Sindiswa played by Ishmael Songo and Mbali Zakwe.

There will be a not-so-happy ending for Suffocate, played by Mduduzi Mabaso, though as he will be in his enemy’s presence for the rest of their prison sentence.

“This week will showcase a tale with beautiful endings – from Jafta and Fats finally finding the love of their lives, to Sabelo and Sindiswa moving into their very own home and Suffocate ending up sharing a prison cell with Khulekani.”It is gonna be beautiful to watch because Khulekani has been acting like he is all mighty and powerful, one of the untouchables. Is Mzi and Pearl finally gonna give the viewers what they need because their love gave us all the feels and we love them together.

Even though the end of Rhythm City is a bitter sweet moment for viewers, we know that all things do come to an end and as such we cannot wait to see what the final episode has in store for us.