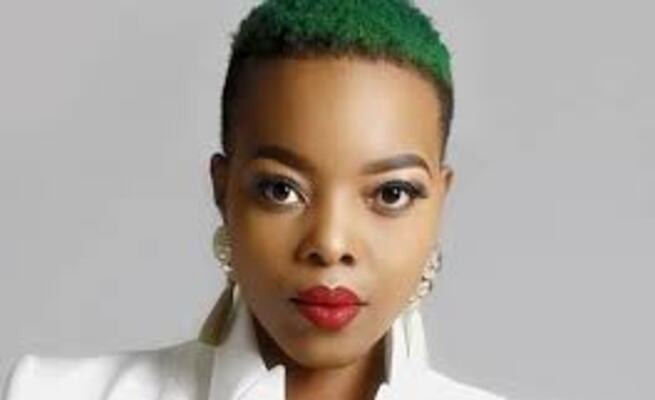 Record label boss Lionel Jamela has responded to claims by singer Nomcebo Zikode that she has “not been paid a cent’” for her contribution to Master KG’s smash hit, Jerusalema.

Jamela slammed Zikode in a statement issued exclusively to us on Sunday, saying Zikode had not signed the Featured Artist Agreement.

“We note the utterances made by our artist Nomcebo Zikode on social media in regard to payment for her featured artist role in the song Jerusalema by Master KG,” Jamela said.

“Whilst we do not make a habit of discussing our artist’s contractual matters to the public, Nomcebo’s utterances cannot be left uncorrected. We can confirm that during the creation of the song that Master KG (the main artist) and Nomcebo Zikode (the featured artist) agreed on sharing 50/50 of Master KGs earnings.

“The featured artist’s agreement which reflected an equal split between the two artists was drafted last year November for both parties to sign. Nomcebo Zikode through her legal team reviewed the contract and proposed for a higher percentage.

“Since then, there have been back and forth engagements. We also confirm that the last communication with Nomcebo’s legal team regarding her negotiation of the contract in question was on the 19th of June 2021.

“No payment has been made to either artist as yet because Nomcebo Zikode is yet to sign the Featured Artist Agreement that essentially records what was agreed between herself and Master KG prior to the both of them going into the studio, to record Jerusalema.

“This is the agreement that stipulates amongst other matters, what percentage of Master KG’s artist royalties is payable to Nomcebo for her role as a featured artist in the song.

“These engagements remain on going and as soon as these are concluded and the agreement is signed by all parties, payment will be made immediately.”

Zikode released a statement on the matter on social media on Sunday morning where she aired her grievances.

“Thank you to all the fans of #Jerusalema to have made my dreams a reality with attaining a global hit song. My voice and lyrics have transcended globally, but I still await what is due to me,” Zikode said. “I have not been paid a cent by the label for #Jerusalema despite the song’s global success. I have been ridiculed, with effort to marginalise my contribution.

“The continued love and support from the fans of #Jerusalema has been my strength and anchor during this difficult time. I, as a female artist, can’t stay silent on this anymore, the matter is now with my lawyers.”

Master KG also took to social media on Sunday to address Zikode’s claims. “The agreement of Jerusalema is 50/50 between me and Nomcebo, But [she] wants 70% and I must get 30%,” Master KG wrote on Twitter.

“Last year Nomcebo started Jerusalema tour without me and I never had a problem and few weeks back, I started my tour and then Nomcebo went to the media and created a story that I’m leaving her behind… I don’t really know why things must be like this.”