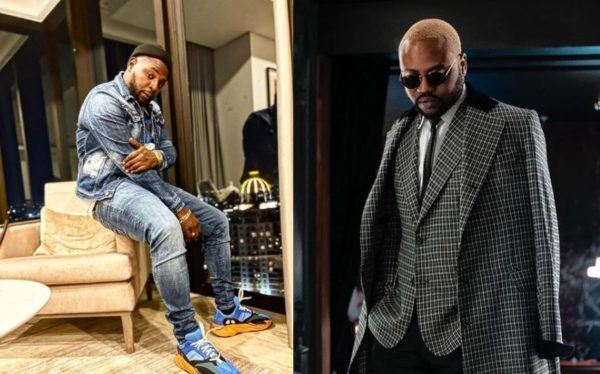 Reason is apparently ghostwriting for DJ Maphorisa. The rumour started circulating on social media after Phori’s fans praised him for his hot verse on his new track, Izolo. Media personality Rashid Kay took to social media recently and shared a snippet from Izolo’s music video. Madumane raps his fire verse in the snippet that the hip-hop radio show producer posted on his timeline.

While many were impressed by Phori’s pen game, Rashid applauded Reason for penning the dope verse. According to SAHipHopMag, Rashid captioned his Twitter post:

“Dankie @ReasonHD for the ghostwriting.”

A heated debate ensued on Rashid’s timeline following his post. Check out some of the comments below:

@NtetheleloZungu said: “And it makes sense. You just can’t wake up and just be a great rapper.” @thabo_Veee commented: “But Phori has been dope with his vocals.

@HThomflo said: “Whether it’s Jay Z, Nas, Vyno or Reason, but Phori’s flow was necessity. Stop trying to be relevant by shading others.”

@lebzino26 added: “And I was telling one mate of mine that this is Reason’s handwriting, lol.”