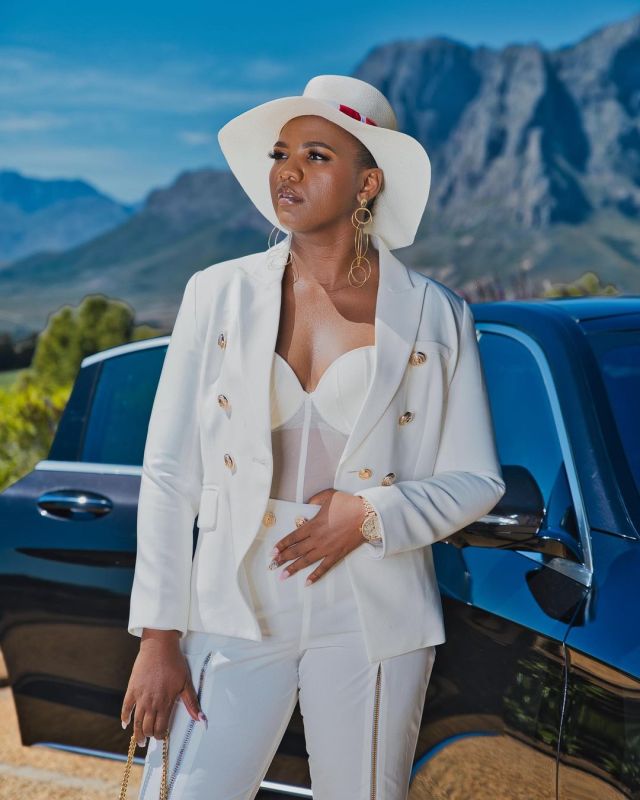 Reality star and businesswoman Shauwn Mkhize has joined forces with SABC1 youth current affairs show “Expressions” and the Department of Correctional Services to build 20 houses throughout the year for the underprivileged.

The “mother of the nation”, as she is affectionately known, took to Instagram to share the story and video with her fans and followers.

She said her “prince” Andile (Mpisane) visited the site where the first house is being built and she was impressed at the level of workmanship shown by the inmates, who are assisting in building the house as part of their rehabilitation programme focused on skills, training and return-to-work strategies.

The caption read: “Philanthropist duties. Good Morning, so yesterday my Prince @andilempisane10 and I went to do a site visit at #1 of 20 houses we will be building this year. #mystorymyway.

“We’ve collaborated with @Sabc1 @expressions and the department of correctional services for labour.

“When we got there I was really impressed at the level of workmanship shown by the inmates and I have committed to assisting them as part of their rehabilitation programme which focuses on skills, training and return to work strategies.

“We all deserve a second chance in life. I guess that was the lesson for the day: always learn from your mistakes and do whatever it takes to be a better person! Happy Choose-day ❤️❤️😃😃🚧🚧 #MyworldMyrules #Kwamamkhize #1of20 #Zikhulise20”.

In the accompanying video, Mkhize said that she had been contacted by Expressions who told her a “sobby” story about a “family of kids in KZN who lost their mother”, which is now headed by a child in matric.

She said the story touched her and she wanted to assist.

“As I am celebrating my 20 years this will be one of the 20 houses I’ll be building. I think I can come and contribute and do something good for the poor child.

“Affordable houses is an outcry out there and I will call upon other businesses to help,” said Mkhize.

Her followers were inspired by her work in the community and praised her in the comments.

While Milly Mpaizo said: “👏👏👏wooow you’re devotion to our people, may God continue to bless your hand that gives all the time.😍😍”.