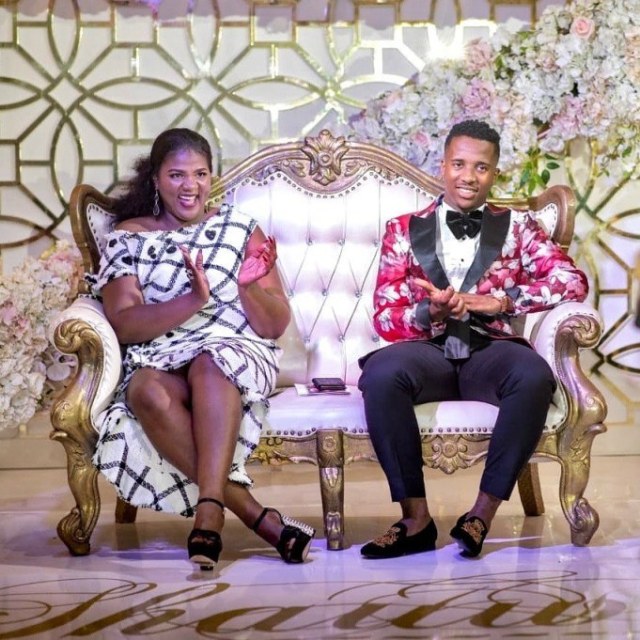 A Joburg man has applied for a court order to evict businesswoman Shauwn Mkhize, popularly known as Mamkhize, and her son, Andile Mpisane, from four luxury Sandton properties worth close to R20-million after they allegedly reneged on a cash sale deal.

This is contained in papers filed by Baruch Roy Peretz in the Joburg High Court this week. Mamkhize and Andile have a taste for the finer things and are not afraid to parade their lavish lifestyles, designer clothes, luxury vehicles and taste for expensive food, ranging from blue cheese to caviar.

In the papers that a local publication has copies of, Peretz – who has been granted power of attorney by the seller Yaron Peretz – is the applicant in the matter while Andile is the first respondent, Shauwn the second and the occupants of the houses are the third respondents.

The purchase price of the first property was R8.25-million, the second R3.95-million, the third over R2-million, and the fourth R5.25-million. Perez said the properties were sold to Andile voetstoots – without any guarantee or warranty.

He said in terms of the sale agreements, Andile could make payment before the date on which it is due or make larger payments than those agreed upon.

The agreement also stated that Andile could not make any improvements to the respective properties before the transfer or without the seller’s prior written consent.

“Prior to transfer, Mpisane would be responsible for all rates and taxes, estate levies and any other charges that may be levied on the respective immovable properties, including water and electricity consumption charges,” reads the affidavit.

Peretz said Andile was supposed to have paid the first instalment of R2-million, but only paid R1.59-million. He was further supposed to pay over R560 000 instalments between September last year and January this year, but failed to do so and was over R3.2-million in arrears.

For the R3.952-million property, Andile was supposed to have paid R359 000 in instalments between September last year and January this year, but paid zilch and was R1.795-million in arrears.

He was also supposed to have paid R477 000 instalments for the R5. 250-million property between September last year and January this year, but paid zip and was R2.385-million in arrears.

Peretz also said Andile was supposed to pay R126 000 in instalments between September last year and January this year for the R2-million crib, but paid nothing and arrears stand at R630 000.

He said his lawyers sent several letters to Andile to remit payment, but their pleas fell on deaf ears and that left them with no choice but to apply for an order to evict them from the properties.

“Whilst the first property remains unlawfully occupied, the owner is thereof unable to make full use and enjoyment of it and cannot re-let or sell the said property. There is no lease in existence.

“I will suffer a considerable amount of prejudice and will continue to for as long as the first property remains occupied by the first to the third respondents.

“Whilst the second and third respondents are unlawful occupants of the property, damages are being suffered, such as

the fact that I ultimately remain responsible for the levies, rates and taxes and municipal charges.

“The electricity consumption in respect of the first property amounts to no less than R25 000 per month, which is an expense that the respondents are not paying contrary to the terms of the instalment sale agreements,” he said.

Peretz said Andile and Mamkhize have refused to vacate the property despite warning them to do so and, as a result, he was financially prejudiced.

When contacted Mamkhize for comment on the matter, the reality TV star said: “I don’t know what you’re talking about.”