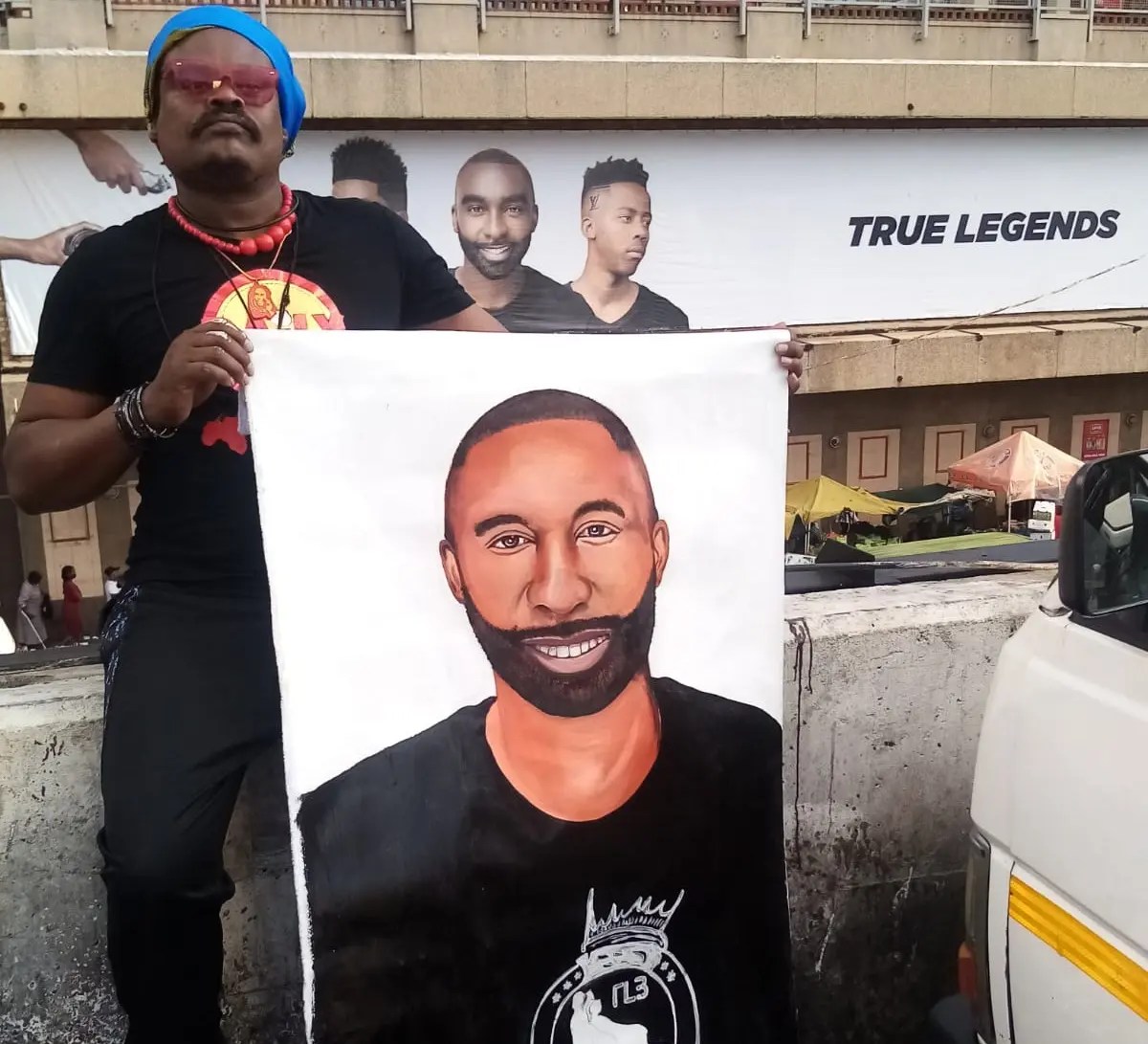 South Africans are baying for Rasta’s blood after he dropped hideous paintings of the late prolific rapper, Riky Rick.

Rasta has gained an infamous reputation for painting mediocre artwork of South African celebrities and influential people when they die. No matter how much South Africa criticizes his art, Rasta never flinches, and this time he decided to paint Riky Rick.

On the caption of the post he shared on Twitter, he said: “Legends never die we multiply. Rest Brada you made us proud👊🏾. A Fashion Guru, a Producer, a Musician and a Motivational Speaker, stay shining👋🏾.”

Legends never die we multiply. Rest Brada you made us proud👊🏾. A Fashion Guru, a Producer, a Musician and a Motivational Speaker, stay shining👋🏾.#RIPRikyRick, #RIPRickyRick, #AfricanBank, #legendsbarbershop,#CottonFest2022,#BigZuluNkabiRecords pic.twitter.com/eRLdlzHDgC

South Africans did not take art lightly. Check out some of the reactions from SA Twitter.

😐my guy…why is it that when you paint white people it's proper stuff…professional…when you paint abodarkie it's as if you practicing or something ,you don't take us serious vele

Ay uRasta sekaya bhora manje!!!
We laughed and gave him too much attention but ay noh maan!!! pic.twitter.com/HGPBMrIyXM

Riky Rick died on the 23rd of February in a suicide case. His funeral was held yesterday, and he was cremated and buried thereafter. A memorial service for the late rapper will be held this coming Friday.