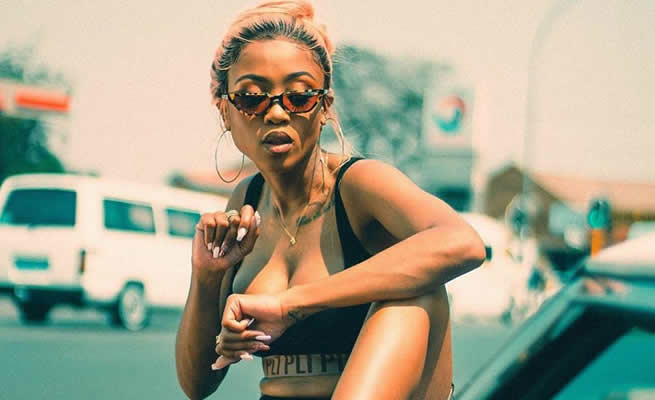 Reason, aka Sizwe Alkaline, has lifted the lid on what transpired between him and rapper Moozlie.

In a recent interview on SABC1’s Real Goboza, the rapper shed light on why he and Moozlie were no longer on good terms after they worked on the Fourways Freestyle song together.

Moozlie released a second version of the song taking aim at Reason.

“We definitely not on good terms. I basically wrote something for Nomuzi and when you write something for someone you give them the demo and I left her with the demo. The demo was for her to record something new and she recorded. She decided to keep my vocal and then write a diss track to my business partners.

“I asked to be removed and that’s the part she seems to always forget when we have this chat. Dog take my vocal off if you’re gonna do this thing do it wholeheartedly go for it. I didn’t like how it unfolded,” Reason said.

In response to his interview, Moozlie said that she considered Reason “dead”, even though they were good friends before.

“We fell out that’s the best way that I can say it. Honestly it’s a bit sad because me and Reason … that was my homie, that was my friend. So it’s really sad that I have to consider him dead.”

Moozlie has a lot of friends in the entertainment industry but she has had a lot of public fallouts with some of them too.

She and rapper Nadia Nakai are in a “weird place” even after trying to mend things, while she and singer Samkelo Ndlovu are no longer on good terms because of their alleged brawl.