Rapper Lil Pump in trouble for refusing to wear a mask

Rapper Lil Pump in trouble for refusing to wear a mask 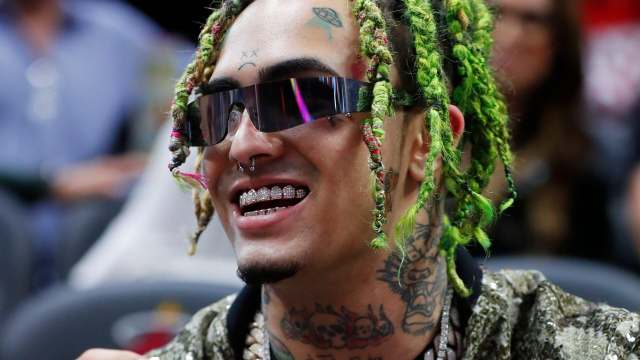 Lil Pump will NOT be flying with JetBlue anymore at least that’s what the airline’s saying because it claims he refused to wear a mask while up in the air.

A rep for JB tells TMZ a customer on one of their Saturday flights from Fort Lauderdale to L.A. became verbally abusive with crew members, and also took off his face covering mid-flight and then failed to put it back on, even when asked.

We’re told JetBlue called into LAX to tell them to have cops on standby apparently he was that unruly but it doesn’t appear Pump was arrested when they touched down. LAX Airport Police tell us they have no record of an arrest or incident involving the rapper.

TMZ has also obtained correspondence from the flight deck that day in which the captain was detailing exactly what LP was doing and what needed to happen when they arrived. At first, he says Pump was simply noncompliant with their mask policy, but later said he was sneezing and coughing into a blanket sans mask (perhaps on purpose) and that more than just a supervisor needed to meet them, as Pump had to be dealt with “firmly.

The last correspondence sent says Pump finally obliged and put on his mask but the dude wasn’t finished with JetBlue at that point he later took to social media to cuss ’em out.

In a since-deleted video, Lil Pump says “f*** JetBlue,” and goes on to say he will NEVER wear a mask in 2021. Seems like his pro-Trump vibes are still going strong post-election. We reached out to Pump’s team they had no further comment.