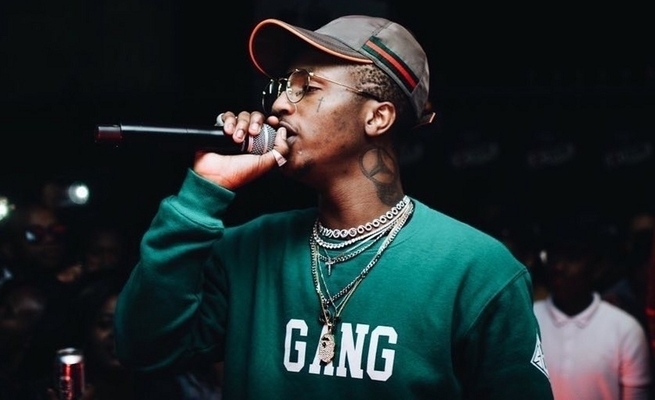 Rapper Mthembeni Ndevu, popularly known as Emtee, could lose his double-cab Ford Ranger after it emerged in court documents that he owes FFS Finance SA almost R200 000 in arrears for the car.

According to court papers filed in the Johannesburg High Court, Emtee has missed about 20 payments since he bought the car in February 2018 for R476 590.

When contacted for comment this week, Emtee vehemently denied that there was a court case against him and he was about to lose the car.

Instead, he insisted that there were people out to “get” him and demanded to know where the information came from.

“Who sent you? I just want to know the person who told you all of this,” he said.

He said he was a parent and was tired of people saying bad things about him in the media. Even after telling him that the information was based on court papers, he insisted he had no knowledge of the case.

But according to an application filed in January in the Johannesburg High Court by FFS Finance SA, the 28-year-old iThemba hit-maker has indeed fallen behind in his vehicle instalments.

The documents show that Emtee signed the contract for the car on February 19 2018.

“The cash price for the goods and other charges for which the defendant would be liable to the plaintiff [the principal debt] amount to R476 590,” the documents show.

The court papers also stipulate that the trap star, who released his fifth studio album, Logan, in April, agreed to pay instalments for 72 months, but had missed 20.

“The notice was sent by the plaintiff to legal dispatch to be delivered at the address of the defendant,” the court papers read.

The financial services company also is seeking an order to cancel the credit agreement between the parties.

The company also notes: “To the best of the plaintiff’s knowledge, there are no pending processes before the National Consumer Tribunal, nor has the defendant referred the credit agreement to a debt counsellor, alternative dispute resolution agent, consumer court or ombud with jurisdiction with the intent to resolve anddispute under the agreements.”

The company says it was “left with no other option but to repossess the vehicle”, and is also demanding that the rapper pay the outstanding balance of the credit agreement.

FFS Finance SA had not responded to questions sent to it by the time of going to print.