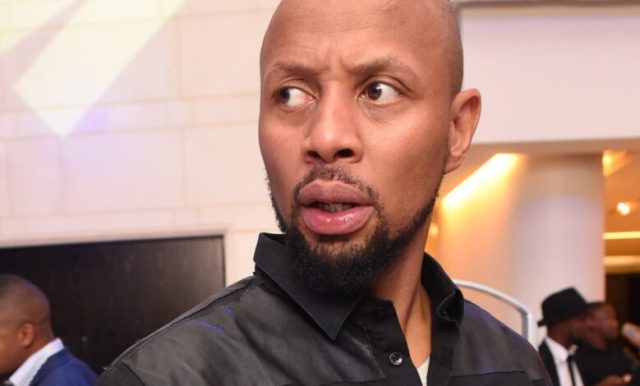 Mac G had a recent interview with Phat Joe and the radio personality opened up about his perevious love life. Unfortunately Phat Joe has dealt with a tragedy in the past after his former girlfriend Abbey, committed suicide.

After a tweep asked how he overcame with the suicide of his ex girlfriend, the Cheeky pallet host broke down how she was very hurt by her passing. According to the media personality, Abbey taught him so many lessons in life but she was dealing with a lot of abuse from her past.

“That was tough, because I loved that girl and she taught me so much” he said.

Phat Joe revealed how she committed suicide, which was by slitting her wrists and hanging herself on a ceiling fan. According to Phat Joe, Abbey had suffered a lot whilst she was growing up and family was split by apartheid regime.

Phat Joe became a bit emotional thinking about her and the beautiful spirit that she was. The media personality is now married to Palesa Morgan in 2016 and the two share now share an adorable baby who is 20 month old.

Phat Joe also revealed mother juicy facts about his previous entanglements with other well known personalities in the industry which include former co host Khanyi Mbau and Pushie Watson.