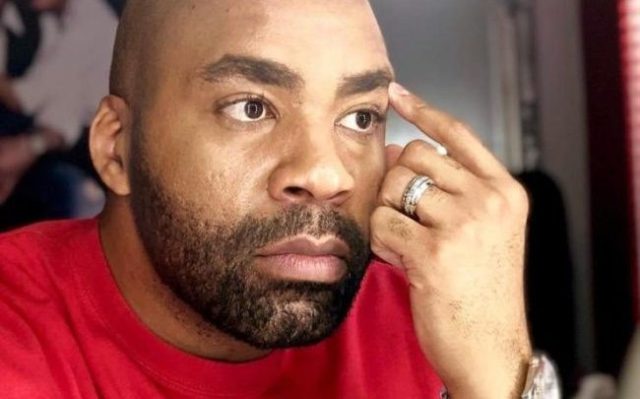 This past weekend has been very emotional and heartbreaking, especially for The Fergusons, their friends, colleagues and fans after the untimely passing of TV legend Shona Ferguson.

The filmmaker and actor passed away on Friday (30 July) at Milpark Hospital in Johannesburg after being admitted for COVID-19 related complications — this according a statement released by the family.

Tributes have been pouring in for the star who inspired people from all walks of life with his work; whether he was in front of the camera, behind it or even when he showed the world glimpses of his private life as a family man.

While tributes continuing to pour in for the late actor and producer, what has shocked many people on Twitter and has had many tongues wagging, is a Twitter user who allegedly prophesied about the passing of the legendary actor.

Rhadebelihle, on his Twitter account, shared screenshots of tweets that he had directed to actress Connie Ferguson on the 19th of May this year. Expressing his heartbreak, he said that when he saw that Shona had passed, it ‘broke his heart because all he wanted to do was to prevent this on the 19th of May 2021’. He further said that he was sorry that he didn’t try enough, also providing screenshots of his tweets from that day.

In a lengthy thread, Rhadebelihle had tagged Connie Ferguson, telling her that her husband’s life was in danger.

“Your husbands life is in danger. I am not seeking for attention if there was a better way of getting the message through it was gonna be easy to reach out to you private.”

The man who calls himself ‘the sun god rha in the nomo body’ went on to explain what he had seen with his spiritual eye; explaining that Connie was heartbroken and hurting when he spoke to her about her husband, Shona. He had also advised her to confirm his prophecy with a traditionalist and seek help for her husband.

I was with you 1hour ago in the spiritual astral plane the 4th dimension and this is what happened. I asked you if you are ohkay and you lied to me and said ” no it’s just a twar” I then talked about your husband how I admire and respect his uprising. You were so sad, distance, quiet. I started crying to the point I felt heart broken loosing my breath in tears and you screened.

“If you don’t believe every word I say its ohkay. But for safety. Go to a traditionalist they will confirm. Tighten your family security. Make sure your family is protected especially your husband so he continues to live up to his calling as the chosen one. I thank you.”

When i saw this it broke my heart because all I wanted to do was to prevent this on the (19th of May 2021)💔💔 💔 am sorry I didn't try enough. 🙍#RIPShonaFerguson https://t.co/FqC8HUJeVn pic.twitter.com/OCU8whLc2B

These tweets, which were allegedly posted on the 19th of May, have since gone viral on Twitter. Upon circulating on the app, many users brushed them off as edits that were backdated with a third-party app. However, many others have come out to verify that the tweets were indeed posted on the said date as they remember seeing them. There are also comments under the tweet, which are also dated 19 May.

I remember this thread. I literally thought you high 😭. https://t.co/aDqlCNj9hP

I remember when this tweet was made, I actually always ignore his tweets because he's always prophecising about a lot of issues🤞 and most have happened. To think we've followed each other for years now😬 https://t.co/2gnU6jHZ64

scary because i remember seeing this thread on the tl. https://t.co/fbebeFwcGV

The 47-year-old actor is survived by his beautiful wife and business partner, Connie Ferguson. The couple were the epitome of couple goals. Their love was a love that many people dream of as they built an empire together and spent their days together making great TV and living life to the fullest.

Shona and Connie also have a beautiful daughter together, Alicia Ferguson, who is 18 years old; as well as Connie’s daughter from her first marriage, Lesedi Matsunyane-Ferguson, who has a baby boy that many of us have seen on our screens — most recently as Masego on Rockville season 5.