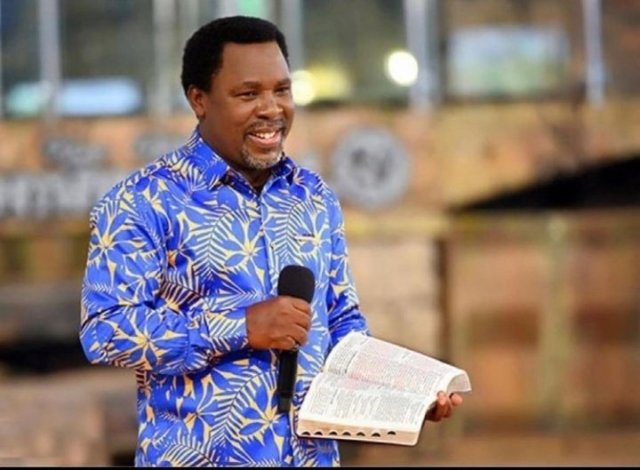 The Nigerian pastor and founder of the Synagogue Church of All Nations (SCOAN), TB Joshua, will be buried on July 9.

Family sources say the televangelist, who died on June 5, will be buried at his church in Ikotun, Lagos state, and will be succeeded by his wife Evelyn as SCOAN leader.

Initially, reports indicated the pastor was to be buried in his home town of Arigidi-Akoko, Ondo state, as demanded by the traditional ruler of the town.

However, it is reported that the pastor’s family and church elders intervened and decided the pastor will be buried in Lagos.

“Since they said the reason was spiritual, the family agreed with them,” a church source said.

SCOAN elders have also met and selected Evelyn as TB Joshua’s successor as there was no succession plan for the church.

“Someone must take charge immediately and give spiritual direction on the mode of service continuity. So much spiritual and financial efforts went into building SCOAN and it cannot just waste away,’’ a top aide said.

“None of the pastors were trained to succeed him. I would have known if any exists. For now, the wife has taken charge.’’

She said her husband’s death came as a surprise.

Evelyn was married to TB Joshua for 25 years and they have three children.

One of their children, Sarah, is reported to have given birth to a baby boy on June 12, the day her late father would have celebrated his 58th birthday.