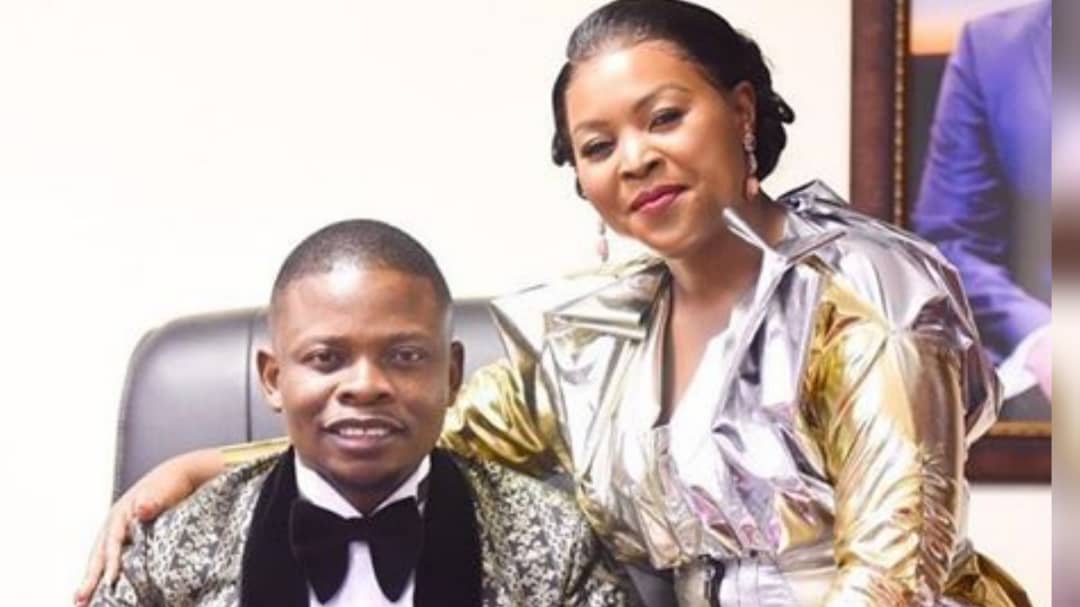 Fugitive preacher Shepherd Bushiri so effectively captured the department of home affairs that he had several of its directors, adjudicators, clerks, and even an MP acting in unison to circumvent the law and smooth the way for him.

The publication uncovered evidence of how some senior individuals jumped through hoops to secure permanent residency permits for fraud accused Bushiri, his wife Mary, and their two young children.

The department has now suspended its permits section’s senior and junior staff members found to have allegedly had a direct hand in the fraudulent process and approval of the Bushiris’ permanent residence applications. It has subsequently taken disciplinary action against them.

The news crew has seen the charge sheets against these officials. The charges include gross dishonesty, gross negligence, and non-compliance with the Immigration Act, regulations, and standard operating procedures.

Insiders close to the investigations into Bushiri’s departmental capture say the investigators uncovered “disturbing information that our state security has, and is, being used” to move Bushiri in and out of the country while he is a fugitive.

The couple fled to Malawi last year while on bail in the fraud and money laundering case.

Some of the suspended senior officials have allegedly approached senior ANC and government leaders to seek a “political solution” to the charges against them. They are also lobbying for the criminal action against them to be stopped.

Home Affairs Minister Aaron Motsoaledi is said not to be entertaining any conversations on the case and any other matters related to the Bushiris and the implicated officials given that “he is fully aware of the tremendous amount of political pressure his team is being placed under to make this go away”.

Investigators stumbled on an amazing web of evidence revealing and connecting how the department’s directors worked to pave the way for Bushiri and his wife’s applications for permanent residence.

This was despite the many red flags which would ordinarily have had the applications thrown out.

HOW THE RESIDENCY PERMITS WERE PUSHED THROUGH

Evidence seen by City Press suggests that Bushiri’s alleged capture of the permit section started in March 2016, following the submission of his and his family’s applications for permanent residence at the South African embassy in Malawi’s capital, Lilongwe.

It’s the events that follow which riled Motsoaledi and director-general Tommy Makhode, when investigators briefed them on the rot in the department. The investigations revealed how, among other findings:

. An MP approached a coordinator at the National Assembly “to assist with an enquiry for an application of Mr SH Bushiri” which was subsequently sent through to the department’s chief director: permits section, Marhule for processing;

. Reference numbers for the Bushiris’ applications were unlawfully created by the department’s adjudicator, Mange, without having received the original application documents from Lilongwe. It would later appear that Marhule failed to inform the investigators that he had sent Bushiri an email in February 2016, advising him on the application process to follow. This move would later see both men, along with other officials, facing serious criminal charges; and

. Officials deliberately and fraudulently manipulated the Bushiris’ applications to ensure their smooth passage through the system without incident.

Evidence before the Hawks and the department further revealed how senior officials processing the Bushiris’ applications turned a blind eye to a bank statement the self-proclaimed pastor attached – reflecting church offerings and tithes – to his application that had been issued in the name of Shepherd Bushiri Investment (Pty) Ltd Ministries.

“There is no explanation to justify why the attached bank statement for a [church] ministry was utilised to support an application for a company listed in the application – namely Shepherd Bushiri Investments (Pty) Ltd. The said bank statement was utilized to recommend approval for permanent residence despite the fact that Prophet Bushiri Ministries NPC is a nonprofit organization.

“A nonprofit organization cannot be regarded as a business. The bank statement for Prophet Shepherd Bushiri Ministries NPC clearly shows that the money in the account was generated locally – deposits from church goers, tithes, and offerings. The money is thus not the personal funds of [Bushiri], but that of the church,” read the findings of one of the investigation reports seen by the publication.

The investigation further revealed the extraordinary lengths that one adjudication official, Mutangwa, would go to, when they proceeded with Bushiri’s application rather than flagging it for being in violation of his visitor’s visa condition by working without a permit. Not only did the official ignore the red flags, he changed the status of Bushiri’s application in order to protect it from scrutiny.

“Mr Mutangwa was fundamentally grossly negligent in that he intentionally changed the application form,” the report reads.

An official close to the investigation said the significant amount of evidence showing the lengths to which officials went to secure Bushiri and his family’s permanent residency permits was “seriously mind-numbing” as investigators “couldn’t understand the motivation to commit such fraud by some officials such as Mutangwa”.

Further probing uncovered that Mutangwa knew Bushiri personally and was in fact moonlighting as the controversial pastor’s bodyguard.

“Mutangwa is a close acquaintance of Bushiri as he is alleged to be his personal part-time security guard. Mutangwa was supposed to have recused himself from adjudicating Bushiri’s application. The personal relationship could have affected his objectivity.

“Mutangwa’s Facebook posts indicate a case of a personal relationship between the two,” the report states.

Mutangwa, along with his immediate superviser, Von Wielligh, are on suspension pending disciplinary action.

Investigators found that Von Wielligh had acted negligently in that he passed Bushiri’s applications during a quality assurance process, despite the pastor having already violated the condition of his visitor’s visa “for conducting work in the republic without a work permit”.

“This information is readily available on the departmental records and the copies of the visas were attached to Bushiri’s application for permanent residence,” read the findings in the report.

City Press has also been told that at the time of adjudicating Mary Bushiri’s application for permanent residence, information regarding a fraudulent exemption certificate was on the department’s records “but was not requested by the processing officials”.

An exemption certificate is one of the documents foreign nationals need to secure a South African identity document.

“There is no reasonable explanation found to this effect. This could have been a reasonable ground for refusal of the application,” investigators noted in the report.