Prophet Bushiri under fire for selling prophecies on Facebook

Prophet Bushiri under fire for selling prophecies on Facebook 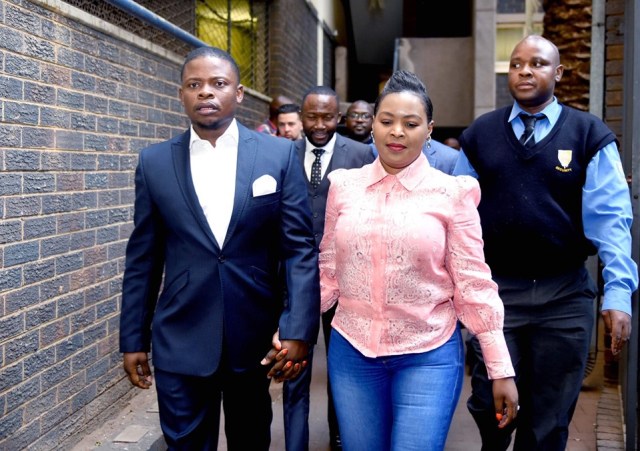 In a sermon lasting more than an hour on Wednesday night on his TV channel and on Facebook, Shepherd Bushiri was thin on pastoral care but big on preaching wealth and prosperity.

About 17,000 people tuned in to the self-proclaimed prophet and founder of the Enlightened Christian Gathering Church.

Without opening a Bible or sharing a scripture, Bushiri — a fugitive after breaking bail conditions and fleeing SA with his wife Mary to his native Malawi in November — delivered a testimony about money and success.

And in case the spirit did not awaken in them a need to give in abundance, the church’s banking details — listed on screen as the Sandton branch of Nedbank — were a fixture on the screen.

Most who attended the service were South Africans. Worshippers from Sweden and Ghana also tuned in.

The couple fled SA after being released on R200,000 bail each. They face fraud, theft and money-laundering charges involving about R100m. Their extradition hearing is set down for March 8 in Malawi.

A spokesperson for the church in SA, Terrance Baloyi, said the congregation remained strong and fully behind Bushiri. There was no caretaker pastor because “Prophet Bushiri is still the main person”.

Baloyi said the City of Tshwane had cancelled the church’s lease at the Tshwane Events Centre, which doubled as the church’s headquarters. Up to 2,000 would pack the venue for a service.

The church is scouting for another venue, but “won’t have services till all members can return to church”.

Bushiri holds an online service every Wednesday and claims to have sent out more than 1,000 prophecies for February. These were predictions about the lives of his followers and included job predictions, healing and future pregnancies.

“We are on 976 prophecies and on Friday we will be over-flooding,” said Bushiri.

This does not come cheap, though. Registration to be a “partner” in Prophet Bushiri Ministries Partners International starts at R1,000 to R3,000, but there is an option for potential members to pledge whatever they can — and the rewards promised extend beyond salvation.

“Register for this,” Bushiri told congregants. “I will be declaring some prophecies for my partners and their businesses. And I also want to send all my partners throughout the world the new line of anointing oil.” Some shared their testimonies from prophecies they claimed to have received last week.

A South African woman, who introduced herself as Yvonne, said: “Papa, I got a job. Just as you told me last week. I got a job at a school in Bedfordview yesterday.”

Asked whether Bushiri’s accounts had been frozen and whether they were investigating his request to worshippers to deposit money in the Nedbank account, Hawks spokesperson Col Katlego Mogale said: “The investigation is at a sensitive stage. It is prudent that less information is shared lest it put the investigation in jeopardy.”

Anna Isaac, group chief compliance officer of Nedbank, said: “Due to banker-client confidentiality, Nedbank is not at liberty to comment on any client details. Nedbank continues to co-operate with relevant authorities.”

Wits criminal law professor James Grant said: “One would think, given the seriousness of the allegations and the fact that Bushiri is an international fugitive, the Hawks investigators and the prosecutors would have pushed hard to have all bank and financial accounts linked to him frozen.”

He said questions needed to be answered on how Bushiri — if his accounts had indeed been frozen — was able to open a new account and whether he had complied with the Financial Intelligence Centre Act (Fica), which seeks to prevent money-laundering and counter-terrorism financing.