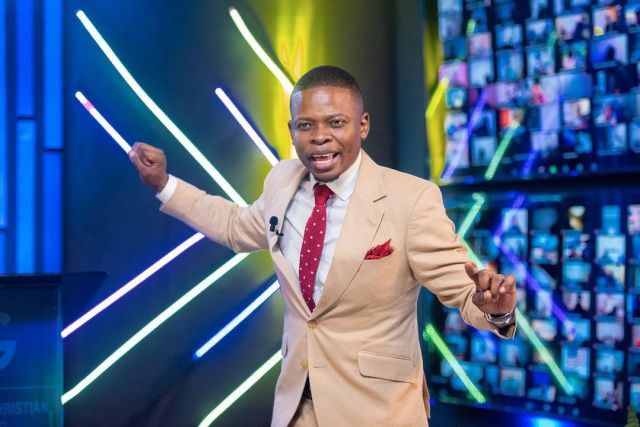 Shepherd Bushiri and his wife Mary Bushiri are in high spirits about the news that self-proclaimed prophet Jay Israel had been arrested by the South African police for allegedly carrying fake passports.

Jay Israel, who is a Zimbabwean Church leader based in East London, had on various occasions warned people against Bushiri and his “false” prophecies under the guise that he wanted to “free the African child from being deceived”. Now that Israel is facing trouble with the law, Bushiri has taken to Facebook to credit God for the downfall of those he calls his enemies, adding that God is not yet done dealing with those who have wished ill on his life.

He said: “It is very unfortunate, however, to see that the same people that were declaring my downfall, pioneering campaigns to bring me down and spreading wicked lies about my wife and I, are now suffering the same fate they wished against me.

“As I am speaking, the pioneers of these reprehensible acts are being taken down one-by-one. Not too long ago, a very well-known man of God took my pictures and publicly burnt them whilst declaring my downfall.

“He publicly and unapologetically announced that he was the reason behind the roguish and black-hearted occurrences that were taking place in my life. Only a few days ago, the same things he declared against me, that I would lose my property, freedom and eventually my life, have taken place to him.