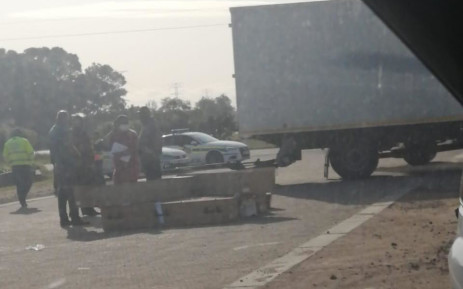 Western Cape health authorities on Sunday investigated the discovery of 106 corpses in a truck along the N2 highway near Somerset West.

Traffic authorities made the grim discovery during a routine stop and search operation.

It’s understood the truck was en route to the Eastern Cape.

The provincial health department also wanted to know whether the deaths were COVID-19 related.

Western Cape Transport MEC Daylin Mitchell said, “I was advised that the necessary paperwork was in place. The truck was overloaded and the undertaker then dispatched an additional vehicle and the driver was then allowed to continue with the trip.”

Police said no criminal investigation was underway but added that they were looking into the matter.

The provincial health department’s Deanna February said they were working hard to get to the bottom of the matter.

“We are allowing our teams to do their work and will communicate once completed.”