Prince Kaybee Gets A Beautiful Portrait Of Zola

Prince Kaybee Gets A Beautiful Portrait Of Zola 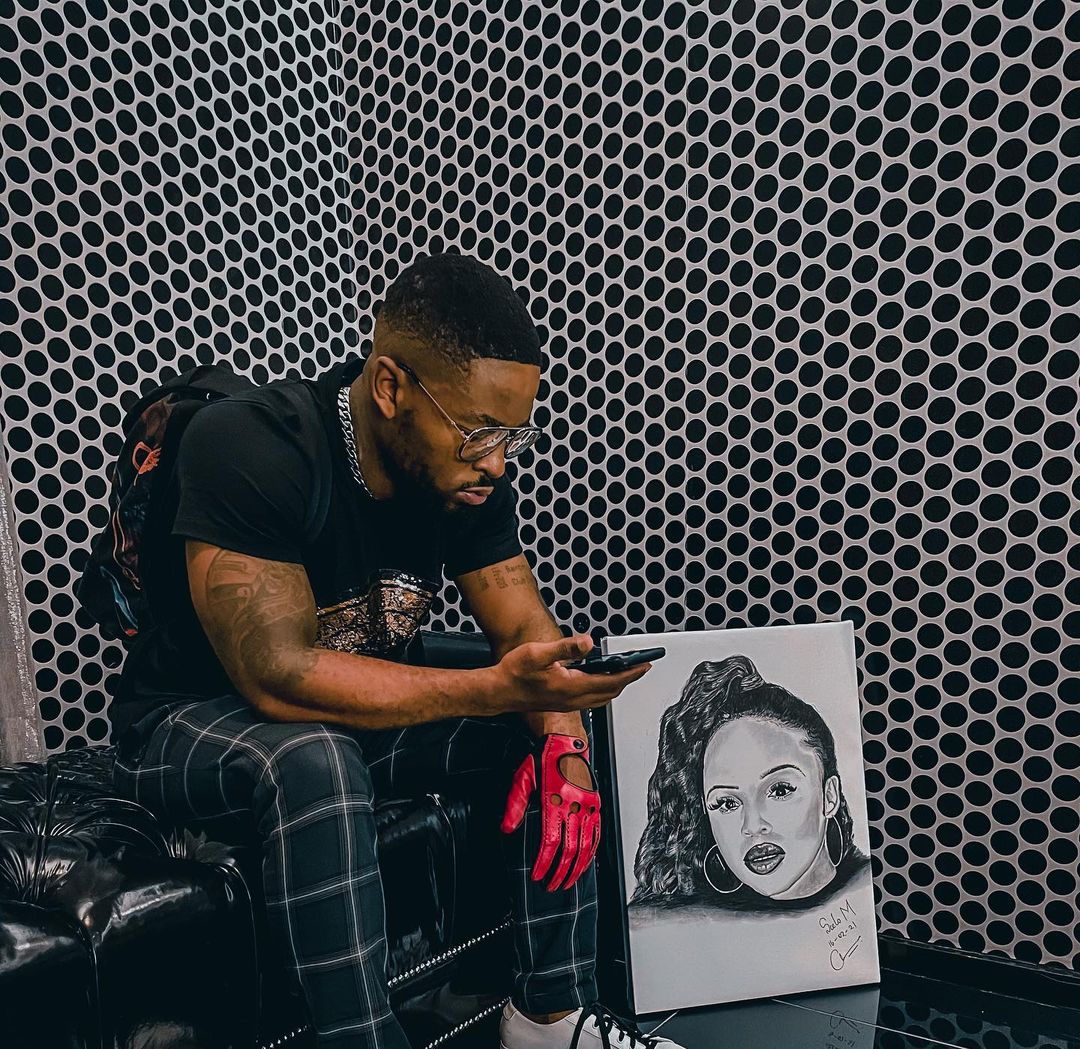 It seems as though Prince Kaybee and Zola Ayabulela Mhlongo wants to be Mzansi’s favourite couple as they are contending for that title. They are too cute together and the more they share on social media, the more they show us just how madly in love they are.

Prince Kaybee has once again taken his relationship with the radio DJ to yet another level. The producer wants Zola’s presence to be felt around him at all times and we know this because of the stunning portrait of her in his house.

Yes, you heard that right, Prince Kaybee has a beautiful portrait of Zola in his living room! “Let me just put you on my wall so that I can still see your face when you not around,” captioned the Hosh hitmaker as he shared the pencil drawing of his bae.

For Valentine’s Day, his girlfriend gifted the DJ an off road go-kart.

So where is Prince’s and Zola’s relationship at the moment, well, Meeting the parents is the next big move in a relationship and when a couple decides to take their relationship to that level, it often means they are serious about each other. This is the where Prince Kaybee and Zola Zeelovin are at the moment.

The popular DJ is very fond of his mother and showers her with gifts every now and again. He just shared a picture of his mother and Zola with a caption “My wish is for you two to be best friends,” then closed it off with a heart emoji.

Zola dabbles in different things as she is not only a radio DJ, but also an actress. She starred in Uzalo and Hhleziphi but she also does a bit of modelling. She is also a musician! With all of that, she thanks Prince for being in her corner and supporting her every move. “Love of my life… you are my friend,” Zola revealed, adding that she appreciates Prince’s support in everything she does.

Zola too has Prince’s back and he was amazed by this realisation, he even tweeted about it. When Prince bagged another achievement when former President of the United States Of America Barack Obama added his song Uwrongo on his list of favourite music of 2020, Zola was his biggest cheerleader.

“When you shed a tear on our call last night, I then knew you all the way Innnnn, you are special and for the rest of your days I just want you to be happy,” wrote Prince. “I love you so much, you are ALWAYS there for me, ALWAYS.”