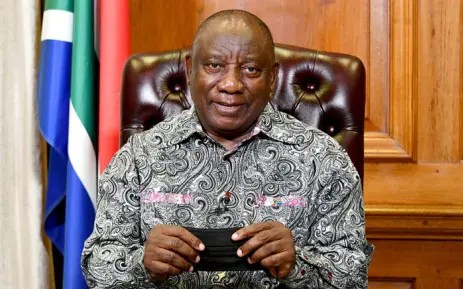 President Cyril Ramaphosa said his COVID-19 infection should serve as a caution to South Africans to be vaccinated and remain vigilant against exposure.

Ramaphosa tested positive for COVID-19 on Sunday and is receiving treatment for mild symptoms.

“Many wondered why we want a memorial at a state level for FW De Klerk and we said we will have it… because he is one person who played a role in the evolution of our new democracy whether we like it or not.”

These were Ramaphosa’s words just before he went into isolation after testing positive for COVID-19.

The Presidency said that while all COVID-19 protocols were followed at De Klerk’s memorial service on Sunday, those who attended or came into contact with Ramaphosa should monitor for symptoms.

Ramaphosa recently returned from a tour to four West African countries. but was tested for COVID-19 in all countries.

The president, who is fully vaccinated, is in self-isolation and has delegated all responsibilities to Deputy President David Mabuza for the next week.