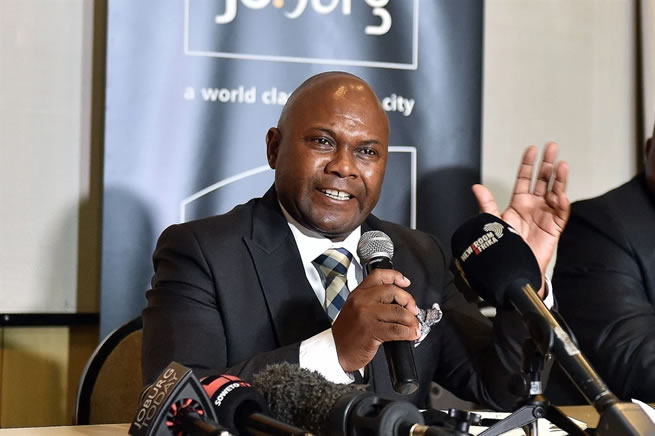 Joburg Mayor Jolidee Matongo had been participating in a local government voter registration drive in Soweto, alongside Ramaphosa.

President Cyril Ramaphosa said he was deeply saddened by the tragic passing of Johannesburg Mayor Jolidee Matongo in a car crash on Saturday night.

Matongo’s two VIP protection members were injured in the crash.

JMPD spokesperson Wayne Minnaar said the mayor and a pedestrian were killed while three others were injured.

Photos posted on social media by Ramaphosa and Matongo himself from earlier in the afternoon showed the two men walking around Soweto talking to residents, Matongo dressed in a bright yellow tracksuit with the ANC’s logo on it.

Gauteng Premier David Makhura, who was also at the Soweto voter registration drive, said the news had left him “shocked and shattered”.

“[Matongo] executed his duties with a cool and calm demeanor and remained committed to selflessly serving the citizens of Johannesburg,” he added.

Matongo was elected just over a month ago following the passing of Geoff Makhubo from COVID-19 complications.

Previously he served as the city’s finance MMC and was a long-serving member of the ANC as well as spokesperson for the party in the Johannesburg region.

Acting presidency spokesperson Tyrone Seale said, “Mr Ramaphosa says it is hard to comprehend this tragedy given the vitality and passion with which Mayor Matongo interacted with the presidents and residents of Soweto so shortly before his death.”

Matongo’s office said more details on the accident would be released “in due time”.