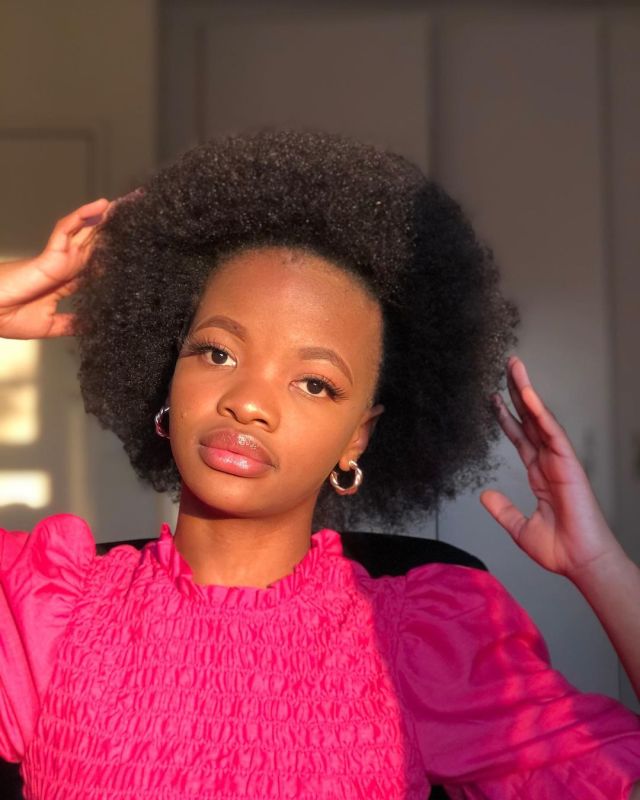 Congratulations are in order for the young actress and poet Botlhale Boikanyo. The Scandal star is starring in the new movie titled ‘Magwinya Money. ’ The movie is set to premiere on Mzansi Magic Channel 161 on 5 June 2021.

Sharing the exciting news on Instagram, Botlhale thanked the production team of the film, she said she is excited to finally share the great news.

She wrote: “Re etsa di movie dawg. God did it again! So excited to finally share this body of work with you all. Thank you to @phenomenalmedia for the opportunity. Thank you to the phenomenal cast & crew who were part of creating this film (i honestly met the most genuine souls on this set. Please tune into ‘Magwinya Money’ this Saturday at 20:30 on Mzani Magic channel 161.”

Botlhale rose to fame at the age of 11 after she won E-TV’s SA’s Got Talent competition back in 2012.

In 2015 she made her debut on the popular e-tv soap opera Scandal playing the role of Omphile.

Speaking about her journey then, she told ZAlebs: “It’s been amazing in the sense that I’ve managed to pace myself. The things and the opportunities that I’ve come across have come at the right time and have happened when they were supposed to happen. It’s been a good year.”

She added that she has learnt that opportunities do not come easy however she wants to produce her own show at the age of 25.

“I’ve learnt about how tough it is. Things are not always as easy as they seem. Opportunities don’t come as easily as people think they do…At 25, I wanna be the producer of my own show. Hopefully, I’ll have my own production company. I’ll be acting,” she said.

Botlhale recently celebrated her 20th birthday. Taking to Instagram to celebrate her special day, she thanked everyone for the love and support and her boyfriend for making her weekend special.

She said this year she has been kinder to herself and she is looking forward to the next chapter.